The father of two-time Olympic medal winning figure skater Nancy Kerrigan is dead, and her brother is implicated in the incident. 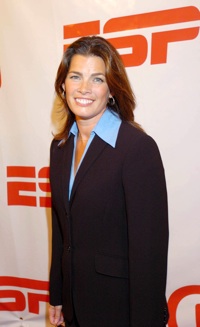 Police say there was a violent struggle in the family’s
Massachusetts home between Nancy’s father Daniel and older brother Mark, an unemployed plumber living in his parent’s basement.

When police arrived at the home Mark was intoxicated and so violently belligerent they had to use pepper spray to subdue him.

Family members including Nancy Kerrigan are circling the wagons tight around
Mark. The skating champion spent several hours at the family home, coming and going without speaking to press waiting outside.

A woman only identifying herself as “Dan’s sister” said Mark played no part in the death and Daniel died of a massive heart attack.

Mark, who has a history of domestic violence arrests, plead not guilty to assault and is being held on $10,000 bail. Police say further charges
may be possible pending autopsy results.

Read on for more celebrity deaths