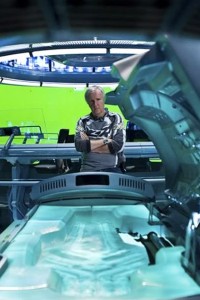 In fact,
Avatar is approximately $2 million away from shattering records set by Titanic, the other astronomically successful James
Cameron directed flick that one him an Oscar. Avatar is expected to garner numerous Oscar nominations when they are announced next
week.

In other news, moviegoers ran into theaters to see Legion starring Paul Betttany and Tyrese Gibson as an out of the way diner becomes a battleground for the survival of the human race. In
third place, The Book of Eli starring Denzel Washington raked in $17 million. In this flick, a lone man fights his way across America in order to protect a sacred book that holds the
secrets to saving humankind.

The Tooth Fairy with Dwayne Johnson premiered in fourth place and The Lovely Bones with Mark Wahlberg, Rachel Weisz and Susan Sarandon launched into fifth place. In The Lovely
Bones, a young girl who was murdered watches over her family and even her killer as she weighs in on the pros and cons of desire for vengeance against her desire for her family to heal
their tragic loss.

Sherlock Holmes with Golden Globe winner, Robert Downey, Jr is holding its own in sixth place with a weekend cash cow of $7 million.

Extraordinary Measures with Harrison Ford and Brendan Fraser sits in seventh
place as two main characters find a researcher who may have a cure for their two children’s rare genetic disorder. Right on their heels is Alvin and the Chipmunks: The Squeakquel
which is holding its own having earned over $200 million receipts worldwide! It’s Complicated with Alec Baldwin and Meryl Streep
proves theatergoers can’t get enough of the storyline intertwining marriage, divorce and exes. As for tenth place, rounding up the weekend report is The Spy Next Door, a fun kid
flick by Lionsgate starring Jackie Chan.

Live on the Avatar Blue Carpet

Remember when: Will the Avatar gamble pay off?