The Haiti telethon, a brainchild of host George Clooney, has raised $58 million thus far. This shatters all records for the most money a telethon has ever raised. Move over, Jerry Lewis, there’s a new master of the telethon in Hollywood.

As the star-studded event portrayed a somber feeling, musical guests weren’t introduced with any fanfare. Rather, Madonna was on stage
singing Like a Prayer along with a back-up choir; Chris Martin of Coldplay crooned at the piano, and Jennifer Hudson did her best rendition of the Beatles’ Let it Be. 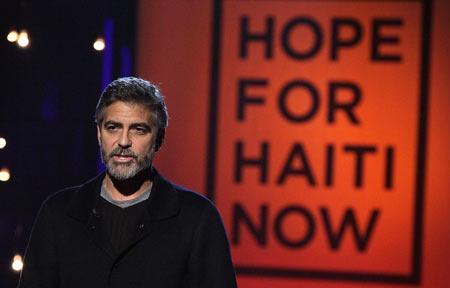 Meanwhile, celebs like Julia Roberts, Leonardo DiCaprio, Jennifer Aniston, and Steven Spielberg spoke to callers as they opened the goodness of their hearts and wallets to Haitian relief. 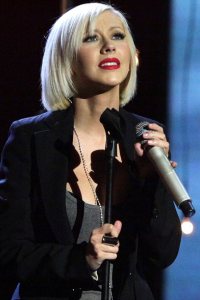 As the George Clooney-organized Hope for Haiti Now: a Global Benefit for Earthquake Relief telethon aired on countless networks such as MTV, NBC, ABC, Fox,
and more, Anderson Cooper reported on the front lines in Haiti.

The worldwide benefit was hosted by Wyclef Jean in New York and Clooney in Los Angeles as legends took to the stage for their effort in goodwill. And even though the telethon is over from its
primetime two hour special, funds are still pouring in. All of the musical performances from the event are available for 99-cents per song through the iTunes store.

All of the proceeds will benefit Haiti through the Hope for Haiti Now charities.

Read on for more Haiti news

Haiti: How you can help