As for one of the latest stars to back the earthquake relief effort, Leonardo DiCaprio has donated one million dollars to help the ailing country. DiCaprio’s donation was made to the Clinton Bush Haiti Fund. 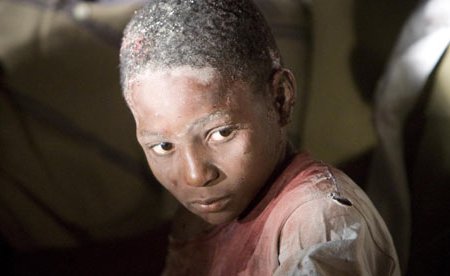 Former US presidents Bill Clinton and George W Bush have been named as special coordinators of aid to Haiti. In fact, they established their Haiti fund to respond to needs in the country as well as improve the quality of life for victims who survived the horrendous calamity.

Former president George W Bush stated, “I salute Leonardo DiCaprio for his extraordinary generosity. This donation sends a clear message to the people of Haiti that America’s commitment to helping rebuild their country is strong. I thank Leo for setting a wonderful example for all Americans of helping a neighbor in need.”

DiCaprio wasn’t alone in his efforts to donate a significant amount of money relating to the magnanimous 7.0 earthquake. Leonardo’s ex-girlfriend, Gisele Bundchen donated $1.5 million to the relief effort and Sandra Bullock gave a one million dollar donation as well.

In an interview with MTV, telethon organizer Clooney stated, “It’s a big world out there, and we all have a lot of responsibility to look out for people who can’t look out for themselves. So what we can do is first and foremost, raise money. Period. That’s it. If I thought we could all pick up shovels and go in there and help without being in the way, I think a lot of people would do that.”

Read on for more Haiti

54 mins ago
by Hanna McNeila