In Extraordinary Measures, Brendan Fraser portrays John Crowley, the real patriarch of a family who rejected the sentiment that children with Pompe Disease have a death sentence.

Extraordinary Measures, in theaters January 22, is inspired by the book The Cure by Pulitzer Prize-winning writer Geeta Anand. Fraser devoured Anand’s book, but also culled his characterization from meeting John and Aileen Crowley and their Extraordinary
children. 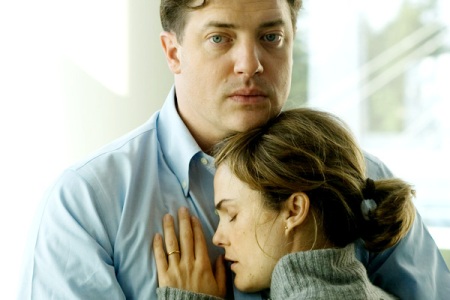 Fraser himself has led quite the extraordinary career. The world was first introduced to Fraser when he stole Encino Man from Pauley Shore and never looked back. The actor would go on to
superstar status with his role in The Mummy series as well as other starring roles in blockbusters such as Inkheart and Journey to the Center of the Earth.

The actor also earned kudos with his powerful turns in the critically lauded School Ties, Gods and Monsters and Mrs Winterbourne and the Best Picture-winning
Crash.

Extraordinary Measures was a very different type of role for Fraser. Not only inspired by the Crowley’s story, but the actor was also heavily influenced by the fact that this
one-in-a-million success story is the type of tale that changes, inspires, improves and saves lives. Leaving the theater audiences will possess that same “We can all make a difference in
society” powerful feeling as felt after exiting Sandra Bullock’s The Blind
Side and the Tuohy family story.

In Extraordinary Measures, the moving story also hails from reality, but that is where The Blind Side comparison ends and where the film takes flight.

Fraser welcomed the challenge of giving an inspirational story its cinematic due while simultaneously staying true to the heartstrings
involved in the true tale. If Fraser appears excited to speak about his film, it is completely understandable given the power of the film and the true story behind it.

Then, there’s also that whole opportunity to star opposite Harrison Ford thing!

Read on for more brendan fraser and extraordinary measures