Once considered a major Hollywood party girl, actress Tara Reid is ready to settle down. The starlet got engaged to her boyfriend, Michael Axtmann on Monday Night at The Little Door restaurant in Los Angeles. 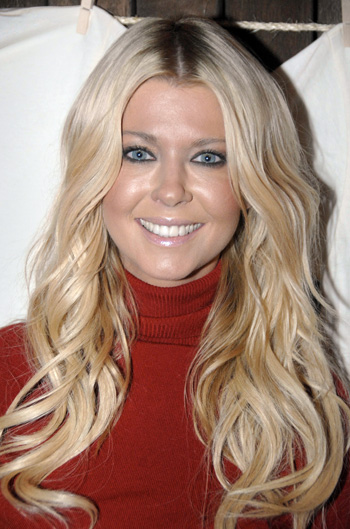 Her rep told People,
“Michael surprised Tara with a beautiful round brilliant cut ring. Tara was so happy and the other patrons clapped and yelled,
“Congratulations.”

The 34-year-old actress has been dating Michael since last year and they’re planning on having a small wedding this coming summer.

In addition to planning a wedding, the former fiance of Carson Daly has a few exciting projects in the works. As for her next film, ironically
called Last Call, will be released later this year. The flick highlights two underachieving siblings who run their family pub to save their uncle from jail time and financial ruins.

It looks like Tara’s career is back on track as she’ll be starring in The Fields, a psychological thriller which will premiere in 2011. The movie is based on true events
that occurred in a small rural Pennsylvania town in 1973.

It looks like Tara has officially shed the party girl image as she lands serious acting roles and hones her craft. It’s no surprise for
the actress who has technically been in the business for almost twenty years. Tara got her start in the biz when she appeared on a children’s game show called Child’s Play.
Later on she appeared in commercials for Jell-O, McDonald’s and Crayola. Even when she attended the Professional Children’s School in New York City she was among good company with
actors Jerry O’Connell, Sarah Michelle Gellar and Macaulay Culkin.

read on for more celebrity engagements