To Save a Life touches on so many important issues dealing with today’s teens it could easily be considered a must-see for teenagers and their parents. Not only does To Save a Life touch on teen suicide, but also the entanglements of modern romance for teens in 2010 including pregnancy. 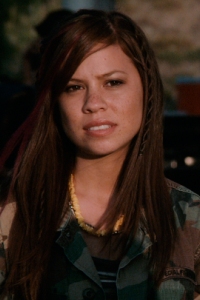 “I
think the movie very well depicted events that are taking place as we speak,” said Max Maurice, Washington DC public school social worker. “The emotional stability of young people
varies from the environment from which they come from.”

For the writer of the book and the script, his wishes for To Save a Life are simple. To bring hope to
hurting students, and also to empower students to be the messengers of that hope to others on their school campus,” Jim Britt said.

“I really wanted to convey the powerful message that simply by reaching out to the hurting and lonely at your school, you have the power to save lives. Just about every issue dealt with in
the script-book I’ve seen countless times with students I mentor and work with.”

Producers of To Save a Life hope their film strikes a chord and allows teenagers to feel comfortable speaking out about the issues they
face. Specifically, the goal is for teens who witness To Save a Life to reach out to their peers. Since so many invest so much in the opinions of their friends, the To Save a Life
message hammers that point home. The star of the film goes on a journey asking himself questions as to what he could have done differently literally, To Save a Life.

Director Brian Baugh is making his helming debut and sought to take a fresh look at timeless issues, but ones whose numbers are alarming given much of what cause teenagers anguish is avoidable
through communication.

“The film looks at real teen culture — as edgy and uncomfortable as it can be at times,” Baugh said. “And ultimately, the goal was to make a quality film that would be authentic
— something teens would really relate to — with characters and a story that had credibility.”

Modern love for teens in American is unlike any era prior. In To Save a Life, Baugh paints a picture of everyday life that is bombarded with temptations of drugs, sex and violence around
every corner. How teens deal with thoughts of suicide and depression also permeate the film. It also takes it a step further by illustrating how the tragedy of a classmate turns into
an opportunity for real change.

With much of the last decade’s teenage films directed solely at sex, image and horror, To Save a Life serves as a refreshing reboot to reality while simultaneously telling a story
that is entertaining. Baugh’s film does not show the modern issues affecting teens for titillating purposes, in To Save a Life, the consequences are front and center.

“I think that’s the reason teens have responded so positively to this film already. It doesn’t make light of their pain but instead deals with it authentically,”
screenwriter Britt said.

“I think we terribly underestimate teenagers but this film truly believes that they are a generation that can change the world and empowers them to do so every day. We never really set
out to just make a film –it’s way too hard — we set out to tell a story well and start a movement and I believe the success of this film will not just be box office receipts but
in the numbers of saved lives and hurting and lonely students being reached out to.”

Read on for more To Save a Life

Win the To Save a Life prize pack

Exclusive clip from To Save a Life

January movie guide starring To Save a Life