Simon Cowell will produce a charity single for Haiti. 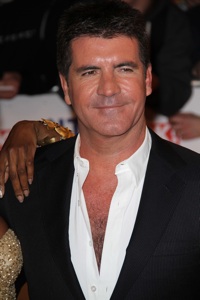 American Idol’s Cowell is not completely
heartless — the TV and music mogul says he will produce a charity single to benefit the victims of the Haiti earthquake.

“I don’t know who’s available, but I will get a record out within seven to 10 days,” Cowell said. He has not yet chosen artists, but names being bandied about include Leona Lewis, Cheryl Cole and Susan Boyle.

The judge of American Idol and X-Factor says British
Prime Minister Gordon Brown specifically asked him to help raise cash for the relief fund. “Simon Cowell can make a huge amount of money to help the people of Haiti,” Brown said.

The British government has agreed to exempt the American
Idol judge’s record from sales tax, freeing up more money to go where it is needed: helping an already poverty-stricken Haitian
population recover from the horrific aftermath of the earthquake.

Simon will find the time to produce the single in between wrapping his last season of American Idol, planning his US version of
X-Factor and finishing his secret negotiations with Paula Abdul to join him on the new show.