Conan O’Brien has reached a settlement with NBC to the tune of $45 million. 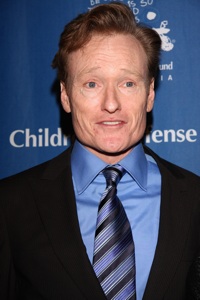 Conan and NBC finally reached a deal that will allow Jay Leno to step back behind the Tonight Show desk, free Conan to go to another network
and make himself and his crew lots o’ cash — $45 million, to be exact.

O’Brien gets a severance of $32.5 million, which will not be reduced if he gets another gig. NBC will shell out another $7.5 million to Conan’s Tonight Show staff who will be replaced by
Jay’s own, and another $4.5 million to the executive producer.

Expect to see O’Brien behind the desk until January 22, hopefully staging more expensive stunts like the Bugatti Veyron Mouse-Rolling
Stones skit — a bit so pricey that NBC already cut it out of their web clips and replays to avoid paying royalties!

Rumor has it Tom Hanks will be making a Tonight Show appearance before O’Brien signs off. Stay tuned!

Jay Leno back to late night?