Harrison Ford is laid back, yet simultaneously serious, while talking about his role as star and Executive Producer of Extraordinary Measures. As academic scientist Robert Stonehill, Ford brings to life the true story of John Crowley — a man beyond driven to save not only his children, but thousands of kids in the process. 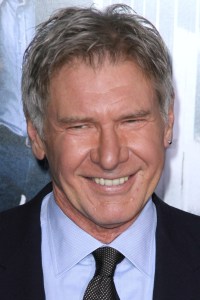 John and Aileen Crowley had two children with the rare Pompe Disease. The ailment attacks the
child’s physiology with a vengeance until most are dead by the age of eight.

The Crowleys refused to accept that assessment for their children.

As chronicled in Extraordinary Measures, John (played with perfect power by Brendan Fraser — his video interview premieres on SheKnows January 22) and Dr Stonehill
take the Ford character’s theory of a cure and bring it to life.

Ford found deep inspiration in the Crowley’s story and was compelled to attach his name to the film as producer and star, immediately
upon hearing their struggle.

My moments with Ford, on a side note, were a professional and personal milestone. His career is littered with films that have inspired this reporter to pursue a life bringing the entertainment
world to millions. From the obvious — Star Wars, the Indiana Jones series and the Oscar-winning The Fugitive — but also Ford’s flawless performances in Frantic,
American Grafitti, Working Girl and Air Force One, when it comes to Hollywood royalty, there is no one more regal than Harrison Ford.


Read on for more Harrison Ford

Harrison Ford stars in one of our New Year, New You inspirational movies