The late night slings in monologues will perhaps become old news once Conan O’Brien reaches a settlement with NBC and officially exits from The Tonight Show after seven months on the job.

It appears negotiations are currently in a standstill over severance compensation for O’Brien’s staff of nearly 200 people. Keep
in mind most of his staffers moved from the east coast to California to follow their boss to The Tonight Show stage. Published reports indicate that the host is adamant about securing
proper compensation for his staff. 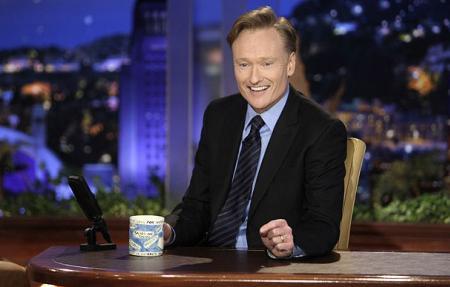 Leaks have reached the media to the tune of a buyout of $40 million to O’Brien and as a result, NBC sent a statement to the Associated Press: “[I]t
was Conan’s decision to leave NBC that resulted in nearly 200 of his staffers being out of work,” the statement read. “We have already agreed to pay millions of dollars to compensate every one of
them. This latest posturing is nothing more than a PR ploy.”

As negotiations between O’Brien and the network come to a sizzling point, rumor has it of course that Conan will not be out on the street for long. Just as Fox recently added Sarah Palin to its team to see ratings skyrocket, they, too will likely find Conan’s recent spike in ratings and viewership follow him to his new
network.

More negotiations will continue as details unfurl about O’Brien and his intellectual property rights to comedy segments like Triumph the Insult Comic Dog. The question remains if it’s
his own right or if it’s ownership of the network since he created it during his tenure at NBC.

The deal would supposedly pay O’Brien more than $30 million and allow him to work on another network by this fall. It would, however, prevent him from specifically attacking NBC in his jokes
if he lands on another network. Just as late night comedians poke fun at the headlines, Conan is not starving for material as he jabs his current employer in the daily monologues. On the January 19
The Tonight Show, O’Brien addressed the situation and joked about ways to stay occupied when he’s out of job after he
leaves The Tonight Show.

Read on for more Conan O’Brien

Conan O’Brien gets the last laugh