As the 2010 Grammy Awards approached, Michael Jackson was planning with Grammy producers to celebrate the 25th anniversary of Thriller. With his death, the Grammys will pay a different type of tribute to Jackson. 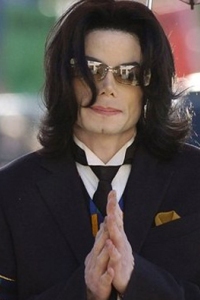 Several ideas were intially presented to Jackson for performers, including Justin Timberlake and Usher, which apparently piqued Jackson’s interest.

Ultimately, the King of Pop declined the invitation. Ken Ehrlich, The Grammy Awards telecast’s co-executive producer, mentioned, “He just wasn’t ready for it.”

As you can imagine, Michael Jackson will be a main theme for the show with a posthumous tribute to the fallen entertainer. The Grammy Awards will broadcast a 3D clip he made for Earth Song, a video that was going to be part of his comeback concerts in London this past summer.

Several performers such as Usher, Celine Dion, Carrie Underwood, Jennifer Hudson and Smokey Robinson will all perform alongside the clip which will be the very first time an awards show will feature a 3D presentation. Ehrlich indicated that whenever a Grammys show was completed where he worked with Jackson, the first thing the singer said was he desired to do something next time that had not previously been done.

Ehrlich added, “And now we’re doing something that hasn’t’ been done before.”

Ehrlich was actually with the performer the night before he died and saw a clip of Earth Song which is about destruction of nature and animals by man. He said, “There are these incredible images of the beauties of nature, and then they are seen through the eyes of a little girl, and that girl falls asleep and when she wakes up, she is witness to the destruction of nature. It’s all about questioning what our values are.”

The five-minute 3D clip will be incorporated into the Grammy Awards in a “show-stopping” presentation worthy of the Michael Jackson. The awards ceremony will also showcase his eight historic Grammy wins in 1984. “The promise is this is going to be pretty spectacular,” Ehrlich added.

The Grammy Awards will air live from Los Angeles on January 31 on CBS at 8 pm.