Being Erica season two premieres January 20 at 10 pm and we’ve got an exclusive sneak peak clip from the premiere episode! 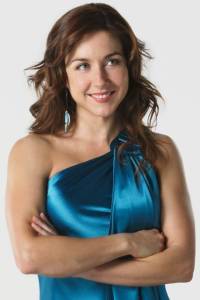 After debuting last season to
critical raves, Being Erica is back for another round of adventures and misadventures of Erica Strange. Strange is a woman given an opportunity to rectify all of her past wrongs by going
back in time for “fix its.”

Erica’s time-traveling abilities arise from mystifying Dr Tom, who audiences learn more about in season two. Also in the second go-around, Being Erica finds the title character more
assured of herself and comfortable with her Dr Tom-given ability of change.

Where she goes from here is sure to be a continuing path of self-discovery, but only with the help of reliving her past while attending her titillating therapy sessions.

Season two presents Erica with a series of speed bumps to challenge her newfound strength and keep her grounded as an individual who still has much to learn about herself.

In the season two premiere, Dr Naadiah takes over Erica’s therapy which shoots her back to a bar in 1998. Upon her time traveling arrival, she discovers a younger, disturbed Dr Tom.

Erica is a 33-year-old with the gift of revisiting one’s past in the most literal of senses. During each episode, Erica takes viewers on a time journey into a different period of her past.
Look for Erica to make the most of each trip to attempt to further better her present.

Erin Karpluk stars as Erica with Michael Riley as Dr Tom and airs Wednesdays at 10 pm on SOAPnet.

Sure, many say they live with no regrets, but much more do have regrets and imagine if their was a method to recreate those moments and spin a web that features a completely different result than
what occurred in your past.

The January 20 premiere episode is entitled Being Dr Tom and shows an Erica who keenly understands the power of her time traveling abilities after a season one shocker where she defied Dr
Tom to try to stop the death of her brother. Sounds great, no?

Read on for more Being Erica

Fans chat up Being Erica on soaps.com

News on Being Erica