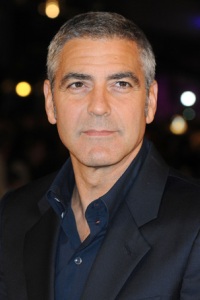 “We’re doing a
telethon on all the channels, every network in the country and international as well,” Clooney said. “It’s an unbelievable show.
Bono’s written a song for it and songs are going to available on iTunes that night.

“People in Haiti have absolutely nothing. There are times when, as bad as it is for many people in this country, people also realize how
much worse it is for them and they are very compassionate.”

The telethon will pair musical performances with news reports from CNN, with Clooney hosting from Los Angeles, Wyclef Jean from New York and
CNN’s Cooper from Haiti.

The list of performers thus far includes Alicia Keys, Sting, Justin Timberlake and Christina Aguilera, along with U2’s Bono. More performers are expected to sign on and a slew of non-musical celebs
are sure to make appearances, with Clooney telling the Associated Press he had at least forty celebs on board.

Since Haiti was struck by the 7.0-magnitude earthquake on January 12, an estimated three million people are in dire need of disaster relief. “A population that’s already on the razor edge of
survival has faced the worst blow known to mankind,” Jean said in a plea for donations posted on his website yesterday. “As I speak to you now
there are children, women and men fighting for their lives and the survivors face devastating hardship. I know that you all want to help and feel helpless.”

The global telethon will air on MTV channels worldwide, as well as on ABC, CBS, NBC, FOX, CW, HBO and CNN on January 22. Donations will be divided evenly between Oxfam America, Partners in Health,
Red Cross, UNICEF and Wyclef’s Yele Haiti Foundation.

read more on haiti and how to help

25 mins ago
by Hanna McNeila