The temperature may be freezing outdoors, but inside the home video releases of January 19 will send the mercury rising. Matt Damon’s Bourne series gets the Blu-ray treatment in what is the best release of the week, while Kate Beckinsale pursues a killer in Antartica in Whiteout and Ricky Gervais discovers The Invention of Lying. 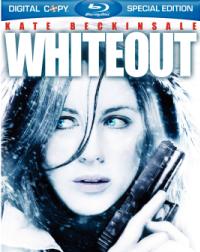 Kate Beckinsale stars in this surprisingly suspenseful film as a US Marshall pursuing a killer on the most remote place on earth —
Antarctica.

Outside the temperature is negative-120-degrees and even the slightest exposure to the elements is life threatening.

Beckinsale’s lawwoman must solve the first-ever murder on the continent before the few that reside there each fall prey. Made even more perilous is our heroine must solve this mystery as
Antarctica heads into six months of winter darkness.

In spots it can be quite predictable, but as long as audiences don’t enter the Whiteout viewing experience expecting a LA Confidential-level crime story, you will not be
disappointed. Sure, that seems like a back-handed compliment, but Whiteout is the rare suspense thriller that on the home video format does its job in being both suspenseful and thrilling.

Whiteout keeps audiences guessing, suspense and thrills abound at every turn and both Beckinsale and her cast mates bring solid
performances to what could have been a wasteland of a simple story.

The Bourne series lands on Blu-ray 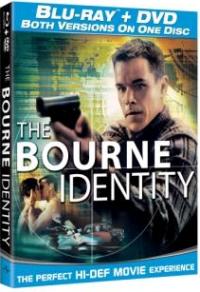 Visually pleasing when it debuted in
2002, The Bourne Identity and its sequels land on Blu-ray in a double DVD-Blu-ray format January 19.

With the new Universal “flipper” disc format, viewers will have both the DVD and Blu-ray of their favorite films. With the two-disc release, it is now possible to own one
Bourne for now and one Bourne for later when you upgrade to Blu-ray, the wave of the home video future.

The Matt Damon Bourne series gets the full Blu-ray upgrade including visual and sonic improvements that will blow the mind. The Bourne Identity, The Bourne Supremacy and The Bourne Ultimatum made Damon an action star with
his swift, eye-popping fight moves that are all the more to treasure with the crispness of the Blu-ray format.

Watching Damon do his thing to baddies across continents is something every Damon or Jason Bourne fan must have in their home.

All three Blu-ray features a slew of perfect-for-the-format extras including the Bourne Card Battle Strategy Game, Bourne Driving School (an incredible look at teaching Matt Damon
to drive like a superspy), and of course the deleted scenes that on some releases feel superfluous, but with Bourne, they rock.

The Invention of Lying

Ricky Gervais had the right idea with his comedy about a world where lying was a foreign concept. A unique idea, although not executed with the
best of comic abilities as we know Gervais possesses. 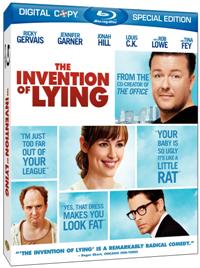 In The Invention of
Lying, Gervais has crafted a world where people speak the truth and have no concept of lying. When Gervais’ character is about to loose his entire life on so many levels, he invents the
lie.

Not a bad film by any means as many critics had suggested, The Invention of Lying is merely misrepresented by expectations and the overall persona of Ricky Gervais. The king of the dry
comic delivery is still what audiences imagine in their brain when Gervais walks on screen.

The only problem is that sometimes, the actor is actually attempting to be serious. But with his history of that serious face resulting in uncontrollable laughter; it is difficult to take his
character seriously. It is not Gervais’ fault as an actor, simply what happens when a film is packaged as a riotous comedy that is in fact, far from it.