Babies rule! Focus Features has the most fascinating upcoming movie arriving on screens in 2010 and its subject matter is one we treasure: Babies. Witness the little ones from a perspective equally local is it is global.

Babies follows four infants from different corners of the planet through their first 12 months of life. In the trailer alone, it is
easy to see that Babies is visually stunning. 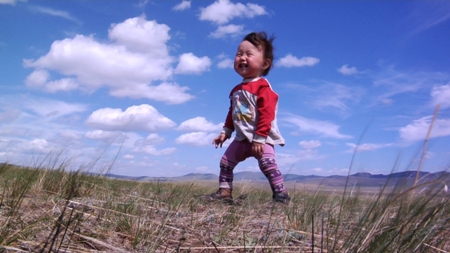 What also rises to the forefront is the willingness — to audiences’ benefit — of these four families to allow cameras into their lives for the first year of their babies’ lives.

From the babies’ collective first breaths to premiere steps, Babies chronicles the joy of life in its infancy.

In Focus Features’ Babies, our Fab Four hail from Mongoloia, Namibia, San Francisco and Tokyo. Although their geography differs, these Babies make one powerful message:
Once broken down to the first year of life, it is so easy to see how we are truly much more similar than we are different.

Babies is directed by Thomas Balmes from an original idea by film producer Alain Chabat. The cast is truly our four babies: Ponijao, Bayar, Mari and Hattie. Stay tuned to SheKnows for more
details on Babies including release dates as news arises.

Read on for more on babies

SheKnows Baby Names has it all!

New to Babies? New Moms has it all