Only days since Simon Cowell announced his departure from American Idol and speculation is swirling about his replacement. 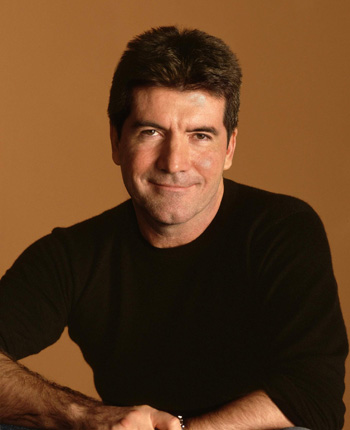 Another Simon from the UK, Simon
Fuller, created the blueprints for the show with Pop Idol across the pond has indicated there’s been a global outreach regarding people clamoring for the job.

Although it sounds like his phone is ringing off the hook, his company, 19 Entertainment, which produces American Idol isn’t in a rush to fill it. Every day he gets a call from a
superstar’s agent in order to start discussions. Fuller said, “Everyone’s interested, and that’s going to go on month after month.”

Simon Fuller has noted in enjoyment in the chemistry between Ellen DeGeneres and Simon
Cowell. You may recall that Paula Abdul left the show over a salary dispute and was replaced by Ellen; episodes with Ellen will begin
airing on February 9.

He said that Ellen is dynamic and that her relationship with Simon Cowell will “blow people away.” In the meantime, guest judges filled in during the auditions such as Victoria
“Posh Spice” Beckham.

As Cowell leaves the show to produce The X Factor based on his hit series in the United Kingdom, a show which will debut in the fall 2011, American Idol will remain in its January to May rotation on Fox. Although fans and industry insiders are wondering how the show
will go on without Cowell’s harsh criticism of contestants and overall presence, the same people were wondering about Abdul’s departure but almost 30 million viewers tuned in on
Tuesday night despite her absence.

read on for more simon cowell and american idol