The 59-year-old singer whose passionate love songs made him a sex symbol in the ’70s and ’80s has “a difficult recovery” from colon cancer
surgery eight months ago, according to his son Teddy Pendergrass II. 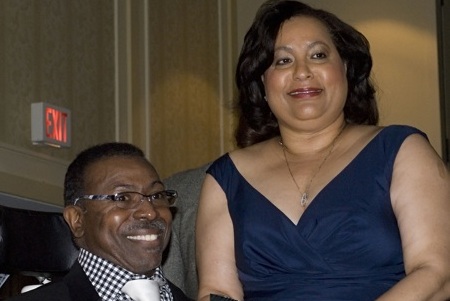 “To all his fans who loved his music, thank you,” said the son. “He will live on through his music.”

Pendergrass first rose to fame as a member of Harold Melvin and the Blue Notes whose hit If You Don’t Know Me By Now won a Grammy. His
solo career brought him fame with hits like Love TKO, Close the Door and I Don’t Love You Anymore.

A 1982 car accident left him paralyzed from the waist down and derailed what many felt would have been a meteoric career. “He had a tremendous career in front of him, and the accident sort of got
in the way of those plans,” said writer-producer Kenny Gamble.

But while Pendergrass rarely performed after his injury, he kept recording. Love Language was a success, and he received Grammy nominations while recording several albums. Life is a
Song Worth Singing is beloved by many as his most inspirational tune.

In addition to his son, Pendergrass is survived by his wife, two daughters, mother and nine grandchildren.