Heidi Montag has admitted being obsessed with plastic surgery. 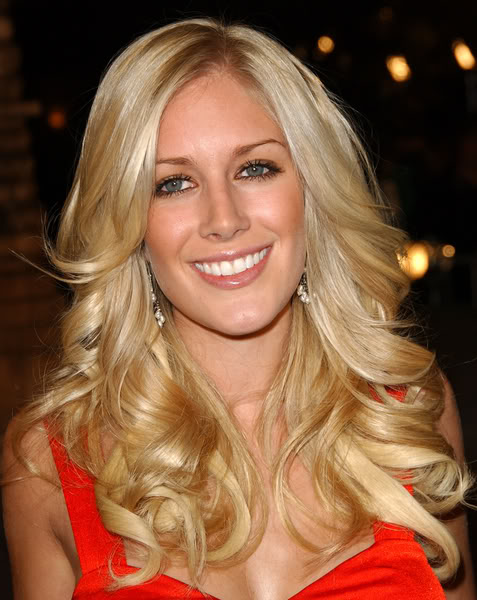 Montag, 23, had rhinoplasty and
breast augmentation in 2007 and recently confessed to going under the knife a second time by having ten procedures done in one day. She told People.com, “For the past three years, I’ve thought
about what to have done,” Montag says. “I’m beyond obsessed.”

Heidi admits that the plastic surgery has helped her become “the best me” that she could possibly be. And if you think she’s done with going under the knife, think again.

Heidi explains, “I plan to get a few more upgrades…I’m sure as I get older I’ll need some touch-ups.”

The reality star also confessed to shopping for body parts in Playboy before she was their cover girl in September. “When I was shopping for my boobs, I wanted the best,” Montag
said. “So I sat down and flipped through a bunch of Playboys.”

In fact, Montag’s obsession with her look doesn’t stop there. The aspiring singer has launched a debut album, Superficial. It took her three years and two million dollars to complete. Her
dream is to perform at the World Cup in South Africa and also have her album reach the status of Michael Jackson’s Thriller.

Which begs us to ask the question: Is she for real? “I’ve spent as much time — maybe more, even than Thriller,” Montag claimed. “Every detail was very important to
me, because I take this very seriously.”

Read on for more heidi montag

Did Heidi Montag reconcile with LC?

Heidi Montag behind the bedroom door