When a major calamity strikes, one can always count on celebrities rolling up their sleeves. When the earthquake in Haiti hit close to home for Wyclef Jean, he propelled into action. 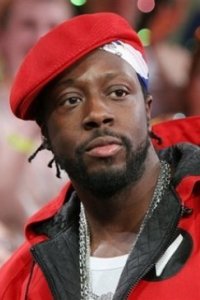 Wyclef has called upon
the international community to aid his home country. He proclaimed in a statement, “Haiti today faced a natural disaster of unprecedented proportion, an earthquake unlike anything the country has
ever experienced.”

Wyclef continued, “I cannot stress enough what a human disaster this is, and idle hands will only make this tragedy worse. The over 2 million people in Port-au-Prince tonight face catastrophe
alone. We must act now.”

Jean is not alone in his endeavors as Angelina Jolie
and Brad Pitt rallied behind his organization. In a statement Jolie and Pitt said, “We will work closely with our good friend Wyclef
Jean to support the humanitarian efforts on the island and help those who have been injured and left without homes and shelter.”

In less than 24 hours since the calamity, Wyclef announced that people can donate to his Yele Haiti Foundation by texting “Yele” to 501501. This will donate $5 to the organization.
Another option is simply going to the foundation’s website, Yele.org.

Wyclef was born in Haiti and has been active in supporting Haitian programs. Plus, he and his wife adopted a girl in 2005 who was originally from Haiti. Noting that President Obama has claimed we
are “ready to assist” the Haitian people, Jean is calling upon the international community to rise to the occasion.

The 7.0 magnitude earthquake, along with aftershocks, destroyed a lot of the country’s capital. The massive earthquake leveled thousands of structures such as hospitals, homes and office
buildings. People are still trapped in the rubble.

Wyclef added, “I cannot stress enough what a human disaster this is, and idle hands will only make this tragedy worse.”

MSNBC provided a list of organizations involved in helping the nation of Haiti after this tragic earthquake.

For more ways to help children and women worldwide on SheKnows:

How to make sure your charity of choice is legitimate