Jay Leno and Conan O’Brien are supposed to poke fun at the latest headlines. Even if that means cracking jokes about themselves and the very network which pays them, NBC. 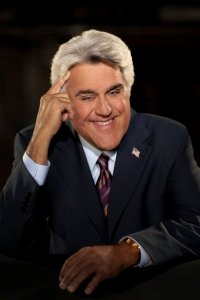 On January 11, as they resumed their
opening monologues after getting news over the weekend to move Leno back to the 11:35 pm slot which is now primetime real estate occupied by
O’Brien, let’s just say the comedians got the last laugh.

Leno began his 10 pm show by joking, “But you know, we’re not just a show anymore, we are now a collector’s item. As you may
already know, our show has been canceled, fired again. See, that shows you NBC’s got nothing, even when they fire you it’s a rerun. Didn’t we just get fired in May?”

Considering Leno’s first guest was another funny man, Bill Cosby, he left no stone unturned as well. Cosby cracked, “Your ratings are so bad I thought we were going backward.”

And that wasn’t all viewers got to hear about the scheduling snafu. Conan O’Brien greeted his audience with the following: “If
you keep that up, this monologue won’t start until 12:05.” He added, “”This weekend, a 6.5 earthquake his California. The earthquake was so powerful it knocked Jay Leno’s show from 10
pm to 11:35.” He added, “I plan to put on a great show night after night while stealing as many office supplies as humanly possible.”

But that wasn’t all. Conan O’Brien was just getting started. The late night host outlined eleven things he could do in the wake of moving out of the 11:35 pm slot and into 12:05 by
saying he could star in a Lifetime original movie about a woman trapped in an abusive relationship with her network. He also mentioned he could go to ABC and star in a male redhead version of
Cougartown called Redwolf Village.

What all this does to Jimmy Fallon is anyone’s guess.

Jay Leno rattles celebrities with his 10 at 10