The January 11 episode of The Bachelor produced history as Rozlyn Papa was booted. Although we saw it coming, we didn’t see the tension or in this case, the backlash. Papa was The Bachelor contestant accused of having transgressions with a male producer from the show.

As the host Chris Harrison instructed her to leave The Bachelor as she was being
escorted out — “fired” if you will — the other bachelorettes simply looked dumbfounded. It wasn’t until he revealed the news was there a sigh of disbelief, most notably with the
bachelor himself, Jake Pavelka. In the spirit of the show and considering Jake’s intentions of finding a woman to marry, Chris informed him the show took this situation very seriously and he
should, too. 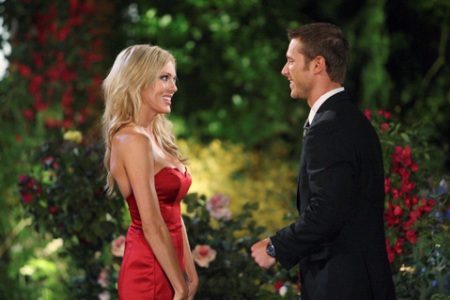 Pavelka has indicated he has never been cheated on and was therefore shocked by the news. “You’re kidding me,” was his first response. He added, “I don’t know what to
say…I’m hurt. I’m disappointed. I felt like I’ve been taken for the fool. I didn’t see this coming.”

Nor did Papa apparently as she told Entertainment Tonight, “It seems they want the ratings!” When the 28 year-old make-up artist from Richmond, VA was asked about her alleged
tryst with a producer, she indicated they did not have sex. “Absolutely not, no.”

During the episode itself it appeared that Papa looked shocked and downright speechless although she is now speaking out about it. She mentions the scandal has affected her personal life. “I
have a seven year-old little boy at home that I want to look up to me, and to have this blatant lie out there perpetuated by the show itself, it’s hurtful. It’s scary to think what my
son will think of me,” she stated.

The Bachelor viewers were left to wonder as well since Harrison didn’t specifically state what went on as Papa indicated she
befriended a male producer who has been fired from The Bachelor. “I would absolutely call him a friend,” she said. And after watching last night’s episode she’s
concerned she’ll be portrayed as a cheater and wonder how she’ll look to her son, in particular noting the show made her hide the fact that she has a son in the first place.

“It really comes down to my son. Why would you go on national television and throw a mom under the bus like that?”

The Bachelor already has a scandal

Stick with Reality TV Magazine for all The Bachelor news all season!