Simon Cowell has announced he is leaving American Idol. 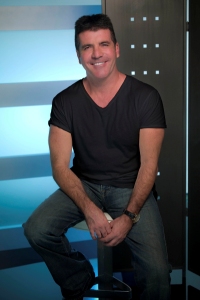 The
biggest meanie on television made the announcement at the Television Critics Association press tour.

“I want to leave Idol this year bigger and better than it was in the past,” Cowell said.

Simon is leaving the show he helped build into the huge hit it is today to focus on his duties as executive producer and judge of an American version of The X Factor.

“[I] didn’t think it was right to do two shows in America at the same time, so [I] decided to leave one and start another,” he said.

“I’m thrilled that we have put a date on the launch of the US version of The X Factor, and delighted to be continuing to work with Fox. We have a fantastic relationship, a great team and
are all very excited about this.”

While Simon pulls in as much as $36 million a season from American Idol, he stands to collect even more with his combined duties on
The X Factor.

America Idol host Ryan Seacrest tweeted, “This is simon’s last season on idol. He’s working on US version of x-factor! He is one of the most brilliant people in our biz! Congrats.”

In last week’s issue of Entertainment Weekly, new judge Ellen DeGeneres was quoted addressing the then-rumors of Simon leaving
with “If Simon goes, I go!” Does that mean Ellen will break her five-year contract?

And as for Paula, we’re already hearing rumblings that Simon is in talks to feature her as a judge on The X Factor. Was her
AI “dismissal” all part of a larger plan? Despite their on-air bickering, Simon and Paula are quite buddy-buddy IRL.

Read on for more Simon Cowell and American Idol