As American Idol kicks off its ninth season, a few singers from America’s favorite TV show phoned us to let us know how they have been. First up is American Idol season five veteran Mandisa. 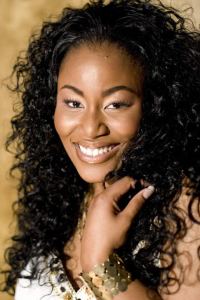 SheKnows: Welcome and
thank you for visiting with SheKnows.com.

SheKnows: And how am I finding you on this day?

Mandisa: Oh wonderful! I just got back from a little exercise class and I’m feeling very energetic!

SheKnows: First of all, looking back over American Idol Season 5, I think I’ve talked to four or five of your other alumni. Besides me prodding them, we all agree that the
top 12 for Season 5 is the best ever.

SheKnows: I see you believe it?

Mandisa: I definitely believe it! I will say, though, that Season 8 has the potential to top us, but I think that Season 5 is number one right now.

SheKnows: Yes, it is, in the lore of American Idol. So for you, as an artist and a dream to make it, it had to be inspiring for you to be surrounded by such talent.

Mandisa: Absolutely. I watched American Idol Rewind just yesterday and watched the Boston auditions, I watched Elliott Yamin and Kevin Covais, and I was just crying just
thinking about the people I was with. I got to reminiscing and I actually said out loud, “Lord, thank you for putting me on that show”. I can’t believe that I was on my favorite show of all time,
and I can’t believe that I was on a season with some of the most incredible talent that I have ever seen. I’m so honored and so humbled that I was a part of that.

SheKnows: For you, what actually prompted that audition that particular year, versus many other year or even future years you might have gone?

Mandisa: Well, I didn’t know about the first year. The second year, I really wanted to do it, but I just couldn’t work it out. I just didn’t feel real ease to do it. The next two
years, I was too old because the age limit was 24 at that time, and I was older than 24. When it got to me, they raised the age limit on Season 4. Season 5 was the last year I was
eligible because I would be turning 29 the next year. So that was it for me. It was either do it that season, or don’t do it at all. I just didn’t want to get to the end of my life and still be
asking the question, “what could’ve happened if…”. So I was going to do it, and whatever happens, happens.

SheKnows: I was so glad when they changed that age! In today’s world, some people don’t discover singing until they’re 25.

Mandisa: I got the reasoning because most pop stars are under the age of 24, but, you know, there’s a few of us that can make a career in music in those four years after that as
well, so I’m very grateful that they raised it.

SheKnows: Since coming on the show, what has been the most rewarding aspect of life after the Idol spotlight for you?

Mandisa: Oh gosh, there’s so many! The most rewarding for me is that I’ve got purpose. As a recording artist you want to sell albums and you want your songs to do well on the
charts. Those things have been great, and I appreciate that I’m doing so well in that aspect, but, for me, it’s caring from the fans and hearing from the people who say their lives have been
changed, or they have been encouraged or given hope. I know at the end of my life that that’s what’s going to matter the most. I think that my story has inspired a lot of people who have struggled
with their weight, or are struggling in their faith. The fact that I was on American Idol just gave me such a big platform. My career, I just can’t believe it to this day. With that being
said, I have to say that the Grammy nomination for my first album was pretty rewarding too!

SheKnows: Absolutely, and I’m sure you have that announcement somewhere special.

Mandisa: I do, I’m looking at it right now!

Visit Reality TV Magazine for the remainder of our Mandisa interview and everything you could possibly need to know about American Idol
all season long.

American Idol is back!