American Idol is back for what Idol producers are promising as their best season to date. The ninth season of American Idol hits airwaves January 12 and as always, SheKnows and Reality TV Magazine have our readers covered. 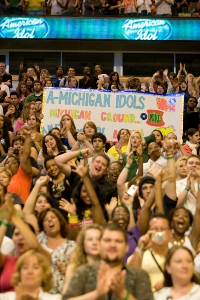 As the year began, ratings were sagging a bit for the television titan. As soon as season eight landed in Hollywood with its incredible talent, America was reminded why American Idol is the quintessential reality show competition for our era.

Who will be the next American Idol?

Tens of thousands of hopefuls turned out across the country in the summer of 2009 amidst some American Idol drama off stage.

There was a shake-up at the judges table as founding American Idol judge Paula Abdul stepped away with rumors flying she was not happy about the money producers were offering her.

Within days, producers fired back by hiring one of America’s Sweethearts in Ellen DeGeneres.

After a summer guest-stint judging on So You Think You Can Dance, DeGeneres proved she did not to be proficient in the field she was commenting on to be effective as a judge for a reality TV talent competition.

During the American Idol audition process which begins airing with American Idol’s January 12 premiere, a series of guest judges served as the fourth judge alongside Simon Cowell, Randy Jackson and Kara DioGuardi including Shania Twain and How I Met Your Mother’s Neil Patrick Harris.

American Idol judges visited Atlanta, Boston, Chicago, Dallas, Denver, Los Angeles and Orlando in their search to find the next great performer. What also has become apparent from eight seasons of American Idol is that the search is truly not only for America’s next superstar, but “Superstars!” 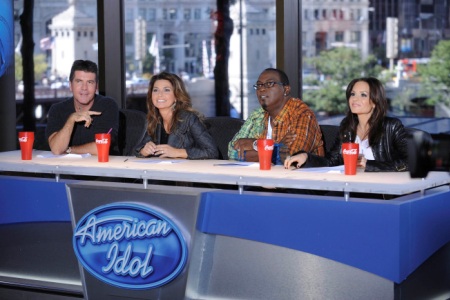 As for what to expect from these first weeks of American Idol, honestly, not too much beyond the occasional singing talent that audiences will revisit when Idol hits Hollywood. But for the most part, these early audition shows are about the worst of the worst and yes, it is funny, yet American Idol is still about witnessing those who rise to the top over the course of a season-long tsunami wave of popularity. That is why it is America’s number one show and still leads us to wonder: Who will stand on the Kodak Theatre stage in May as the next American Idol.

For all your American Idol coverage, each don’t-miss moment, the details on each episode, where are they now segments and interviews with past winners and this year’s contestants as they are booted off — stay with Reality TV Magazine.