Jay Leno’s prime time experiment has come to an end as NBC has officially yanked The Jay Leno Show from its 10 pm home. 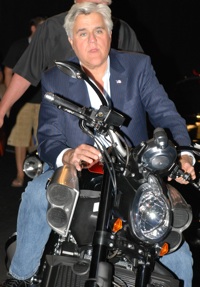 Confirming rumors from earlier this week, NBC announced Sunday it will pull The Jay Leno Show from its prime time slot and move it back to late night.

Conan O’Brien will still retain The Tonight Show and Jimmy Fallon will stay in his Late Night seat. Both shows will be pushed
back to accommodate Leno’s new half hour spot.

The network plans on moving Jay to his new spot after the Olympics. The decision was made after local affiliates threatened to pull the show from their own lineups. Leno’s poor ratings in his prime
time spot were translating to fewer viewers of their late night news programs and lost advertising revenue.

About one-third of affiliates were hurt by the Leno show and in December told NBC they would go public with their complaints if it wasn’t handled.

“I asked them (the affiliates) how many are they talking about, because I could have lived with one or two. But I got the sense that it was more than one or two,” said Gaspin.

O’Brien has been mum on the subject beyond general jokes on his own show, but reportedly has an interesting clause in his contract — one guaranteeing him a multi-million dollar payout if NBC moves
his show back any later than 12:05.

Looks like they’re sliding him in there in the nick of time.