Alyssa Milano initially took the world by storm with her unforgettable TV debut in Who’s The Boss. She followed that by breaking the child acting curse with successful runs on Melrose Place, Charmed as well as scene-stealing parts such as her recent spot on My Name is Earl.

On a Castle episode that marks the show’s 2010 return, Milano is Kyra Blaine and only the most recent of a lineage of top-notch performances from a television icon in the making. 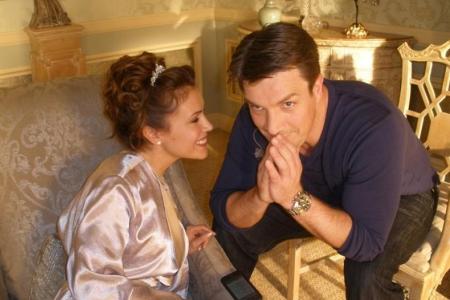 Decades into her flourishing career, what is easy to see from her ever-building thespian talents is how Milano is a versatile actress on both the small and big screens. Her performances opposite Oscar-winner Reese Witherspoon and Oscar-nominee Mark Wahlberg in Fear and Oscar-winner Sean Penn and SheKnows fave and Oscar nominee Robert Downey Jr in Hugo Pool.

Even more rewarding to the actress, Milano spends much of her time crossing the globe in an effort to make the world a better place. In 2003 Alyssa was invited by UNICEF to become a National Ambassador. She has traveled on behalf of UNICEF to India and Angola, Africa. Milano is also part of the group that launched an effort to quell Tropical Diseases and their spread in nations susceptible to their dilapidating effects.

The Castle guest-star recently released the book Safe At Home: Confessions of a Baseball Fanatic where Milano writes about her passion for baseball and how her love for the game has helped shape who she is and launched a Touch of sports to women’s wardrobes all over.

Touch is her own clothing and jewelry line. First launched in early 2007, Milano’s sports team fashion line now possesses licenses from not only her favorite sport baseball, but also the NFL, NBA, NHL, NCAA, Major League Soccer, Minor League Baseball and even The Kentucky Derby. 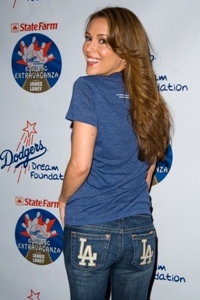 SheKnows: Hi Alyssa, this is a true pleasure to speak with you today.

Alyssa Milano: Oh, thank you so much (laughs cutely).

SheKnows: (Laughs) First of all, what do you personally, from an outsider’s point of view, like so much about Castle?

Alyssa Milano: The writing is outstanding. I love the dynamic between the characters — the chemistry between Castle and Beckett.

SheKnows: As somebody who has done both series, many series, from the get go, as well as some delightful guest spots, how is it different for you as an actress to jump in to each creative situation?

Alyssa Milano: It feels like you’re the new kid at a new high school.

Alyssa Milano: (Laughing) So, you’re jumping on a moving train. But that brings with it its own excitement and enthusiasm too. Especially with guest starring roles, I always get a little nervous on the first day. Like the first day of school. But the second I walked on the Castle set, everyone was so welcoming and genuinely sweet and appreciative that I was there. That made it much easier.

SheKnows: Your character has a unique relationship with Castle, how did you find Nathan Fillion?

Alyssa Milano: It was amazing (laughs). We laughed so much. We had such a terrific time together. The relationship was that our characters were college loves and slipped away from each other. I’m not sure they ever really got over each other. Then, Castle shows up on my wedding day. 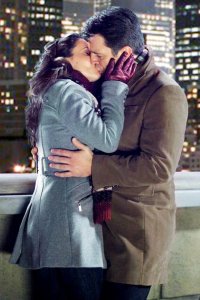 SheKnows: For you it is…multiple suitors vying for your love!

SheKnows: Do you enjoy, personally, the mystery novel as Castle’s made his career.

Alyssa Milano: No, I read more of the classics or I’m reading The Tipping Point right now.

SheKnows: Nice…was any talk of this visit to Castle continuing, perhaps?

Alyssa Milano: Maybe, I don’t know. I have my own show that we start shooting in January. I don’t know how we would fit it in, But, the character doesn’t die, so it’s always a possibility.

SheKnows: (Laughing) If there is a Golden Rule, that is sometimes one…although…

Alyssa Milano: Sometimes that rule is even broken.

Up next…what’s next for Milano includes ABC’s next big comedic hit and how a life long love of the Los Angeles Dodgers has resulted in a groundbreaking career as an entrepeneur!