Jennifer Lopez says using IVF to conceive is against God’s will. Lopez also believes she was robbed of an Oscar! 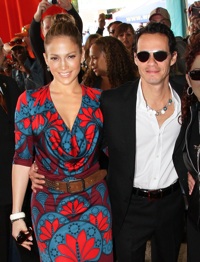 Jennifer Lopez gave birth to fraternal twins in her late thirties, but told Elle magazine she conceived naturally and believes using in vitro fertilization techniques goes
against the will of God.

“I … believe in God and I have a lot of faith in that, so I just felt like you don’t mess with things like that,” she says in the February issue. “And I guess deep
down I really felt like either this is not going to happen for me or it is. You know what I mean? And if it is, it will. And if it’s not, it’s not going to.”

This went over like a lead balloon to women who have struggled for years to have a baby by whatever means necessary.

“She’s saying that if you deal with fertility issues then it’s because God doesn’t want you to have children and that’s offensive. In reality, if God didn’t want
you to have kids then he wouldn’t have these opportunities available,” Jennifer Katz told Pop Tarts. Katz underwent IVF in 2007.
“It’s not ‘messing’ or intruding in God’s plan, you go after things in life that you want and don’t sit back and wait for things to happen. God helps those who
help themselves.”

“[Jennifer Lopez] has stated that she would never consider in-vitro fertilization as an option since she is a traditionalist,” an AFA rep said. “We at the American Fertility
Association, support Jennifer Lopez’s right to not use in-vitro fertilization or any other form of assisted reproduction in the creation of her family, just as we also support another person’s
right to use this same technology.”

Don’t get all worked up over this. Lopez also thinks she deserves an Oscar for her performance in El Cantante.

“I feel like I had that [Oscar worthy role] in El Cantante, but I don’t think the academy members saw it,” Lopez told Latina magazine. “It is a little bit frustrating. When the
Oscars were on, I had just given birth on the 22nd, and the Oscars I think were a day or two later. I was sitting there with my twins — and I couldn’t have been happier — but I was like ‘How dope
would it have been if I would’ve won the Oscar and been here in my hospital bed accepting the award?'”

The woman is obviously delusional.

Join the Jennifer Lopez chat on our Message Boards