Zachary Levi dishes Chuck and how the brilliant NBC show is set to have audiences hear its roar once again. Levi, as Chuck Bartowski, is back for another season of Nerd Herd antics at the Buy More while simultaneously working on the side as an initially unwilling spy who now with season three, is clearly embracing his inner James Bond.

Levi and SheKnows go back to the beginning. We had the pleasure of first interviewing Levi when Chuck intially hit the airwaves, and then for the film Spiral he made with his good friend, Joel David Moore. 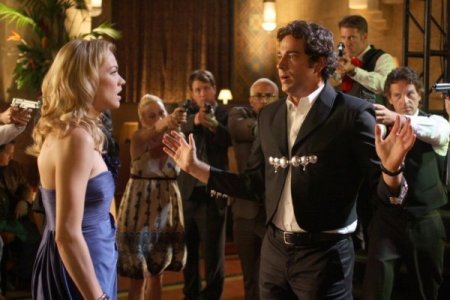 Chuck has always been a cult favorite with the critical praise that normally equals longer episode order offers from their network. But, the network almost let Chuck fade away.
Then, through a massive audience campaign, the release of the first season of Chuck on DVD and good old fashioned Hollywood to the Heartland word-of mouth — Chuck is back
January 10 at 8 pm on NBC with the entire force of the network behind the little show that could and is changing television.

Chuck’s two-hour season premiere begins a two-night affair continuing Janaury 11 on the show’s normal Monday night timeslot for the rest of the season. Levi rang SheKnows
from the NBC Store in New York City where he was signing T-Shirts and anything else Chuck fans bought.

SheKnows: Well, hello Zach. How are things at the NBC store in New York?

Zachary Levi: Things are great. I have to say, I love the fact that it’s Joel at SheKnows. 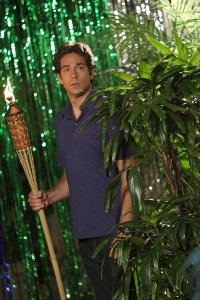 SheKnows: I do my
best.

SheKnows: We actually spoke for Spiral a few years back…

Zachary Levi: Oh, no way! Thank you for doing that. That was a labor of love.

SheKnows: Nice to see another side of you as a performer.

Zachary Levi: Thank you for saying that.

SheKnows: Now, as for Chuck, from the performing — I don’t know what your shooting schedule was — but it was kind of a long break. Did it cause any challenges for
you? Was it hard to get the Chuck mojo back?

Zachary Levi: I don’t think so, we went back to shoot at our regular time. So the mojo of making is the same. It’s just got delayed in airing. There was no hiccup for
us, just the viewing audience who had to wait nine months.

SheKnows: For shows such as 24 and Lost, they seem to thrive coming back each year only in January.

SheKnows: The tagline this season is so catchy – No More Mr Nice Spy – but, we still see that affable Chuck, I assume. Chuck is the ultimate nice guy.

Zachary Levi: Absolutely. Chuck is still going to be the same guy at heart. He’s still a nice guy and kind of a nice spy as well. But, what’s meant by that, as I can
imagine you can guess, is that he’s becoming more of a real spy. It’s awesome. The character is evolving, his relationships are changing and evolving, you got to keep things moving or
they get stagnant and boring. We don’t want to do that. These new physical abilities, these flash abilities, allow him to be pretty bad ass, but also totally fall on his ass sometimes so
he’s able to maintain the action and the comedy. 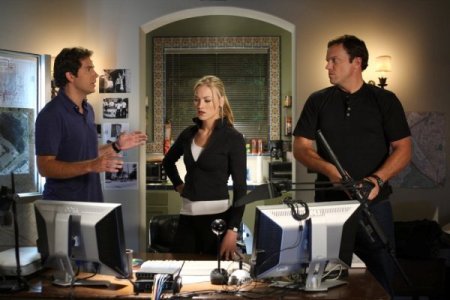 SheKnows: It must be a blast for you as an actor to portray a character that really is work in progress on so many levels.

Zachary Levi: First, it’s great as an actor when you get to wear all sorts of different hats within all the show’s different genres. But, on top of that to be able to
have a character that is organic in that he’s always changing — every season becoming a slightly different guy — it keeps you on your toes. It keeps you finding things about the character
to choose the change and what to hold back on to save for later. 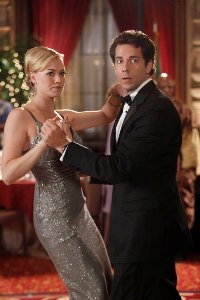 SheKnows: The three of you, Chuck, Adam Baldwin as Major John Casey and Yvonne Strahovski as Sarah Walker, it’s such an electric chemistry — something so rare in a trio on
television right now in my opinion. Those peripheral characters from Chuck provide such different ways for you to engage. What do you make of the priceless chemistry between you, Adam and Yvonne?

Zachary Levi: It is really a treat, honestly. They are both the most talented actors and both very different, you know? Also, did you know that Yvonne is someone who walked off the
boat from Australia and got her first audition working on Chuck?

SheKnows: It looks like, at least in the initial previews, Chuck’s getting to wear a little more than the Buy More uniform.

SheKnows: The first couple years, you’re mostly either in the Buy More uniform tucked in or not tucked in as the spy Chuck. Is it nice to don a few other outfits?

Zachary Levi: Actually, I don’t mind the Nerd Herd outfit (laughs). It’s one of my favorite pieces of wardrobe. I think simple comfortable little piece of
wardrobe. But, I do like that I get to wear the spy stuff a little more this season, the flak vests and the black cargo pants running around like a Ninja. Who wouldn’t want to do that?

Read on for more Chuck and Zachary Levi

Chuck is back — where are we?

Zachary Levi stars in Alvin and the Chipmunks: The Squeakuel