Congrats to Lady Gaga on her new gig as Polaroid creative director. 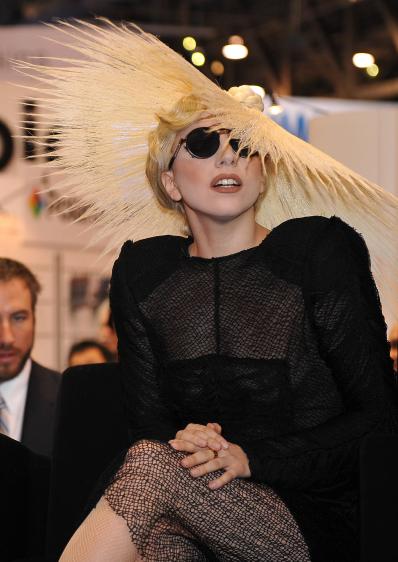 Looks like songstress and fashion icon Lady Gaga is putting her
liberal arts education to good use as the newly-named creative director of Polaroid Imaging Products for Polaroid.

It’s a great move for the company that recently went into Chapter 11 bankruptcy again. We can’t think of a better partner for them than someone who truly understands the power of branding a la Lady
Gaga.

They’ve inked a multi-year deal with Gaga in which she’ll be working behind the scenes to develop prototypes in the vein of fashion/technology/photography innovation.

‘I am so proud to announce my new partnership with Polaroid as the creative director and inventor of specialty projects,’ said Lady Gaga during a special appearance at the Polaroid booth at the
2010 Consumer Electronic Show in Las Vegas on Thursday. Looks like she’s making daddy proud, too. She said, ‘Lifestyle, music, art, fashion: I am so excited to extend myself behind the scenes as a
designer, and to as my father puts it – finally have a real job.’

Her announcement wasn’t the only shocking thing about her appearance at the show. The Bad Romance singer fashioned her blonde hair into a huge sunhat shape – we wouldn’t expect anything less!
While at the show, she also joined Dr. Dre to launch a new line of Beats by Dr. Dre headphones with proceeds helping to fight AIDS
in Africa.