As we closely follow the details surrounding Casey Johnson’s untimely death at age 30, her celebrity friends are rallying behind her. It seems Tila Tequila is not the most beloved person around Johnson. Also, questions surround the future of her dogs. 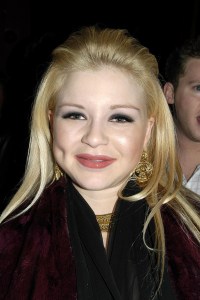 As for a quick
recap, Johnson’s maid discovered her body three days after she had actually died. Although foul play was originally ruled out as a cause of
death, we won’t hear the official news for several weeks until the coroner’s report is completed.

The body of the Johnson & Johnson heir will be flown back east to her final resting place. Details on the burial spot have not been announced as; the family asks for privacy as they mourn
their loss. Their family spokesperson added, “Your thoughts and prayers are deeply appreciated.”

In other Casey Johnson updates, the socialite’s friends are rallying behind her. One of her pals and longtime girlfriend, Courtenay Semel, lashed out against Tila Tequila, the fallen
socialite’s fiance. She told People, “The thing I find the most sickening is that the media is giving [her] the one thing she craves: Attention. Tila, you knew her for a
week.”

Tequila blatantly ignored Johnson’s other friends, such as socialite Nicky Hilton and Bijou
Phillips, when she refused to open the door when they arrived. Worse yet, she called the cops when they arrived, even though they’d arranged their meeting through Tequila’s assistant. She
said, “I didn’t know who was pounding on my door. It’s been quite hard because it’s all of them against me.”

Tequila also told reporters she was afraid Hilton and Phillips were going to do something drastic to Casey’s dogs. She said, “They are putting them to sleep to bury with
Casey.”

The spokesperson for Casey’s father, Woody Johnson, noted that one of the dogs is an 18-year-old toy poodle named Zoe and “is very old
and sick and has a lot of issues. The family plans to seek veterinary help for those issues” and implied they were not planning on putting the dog to sleep.

Tequila previously announced on her Twitter page that she had plans to meet with the Johnsons, but the spokesperson says this is simply not true. Although Casey’s sisters were in California
to retrieve some personal items from her home, meeting with Tila Tequila was not on their agenda.