Carrie Underwood is coming to How I Met Your Mother this March, but first the hit sitcom celebrates 100 episodes with stars Rachel Bilson, Stacey Kiebler and Tim Gunn this Monday!

Word is country super star Underwood is set to play Tiffany, a pharmaceutical sales rep and love interest for Ted (Josh Radnor), who is always
on the hunt for his true love by very nature of the show, which recounts Ted’s search for the mother of his two kids. 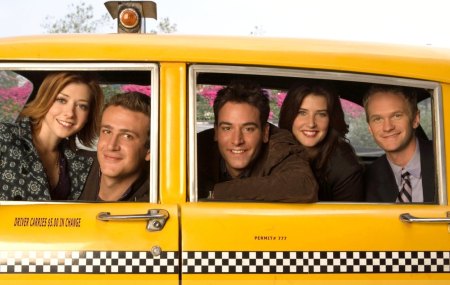 Before that top secret episode, however, the show celebrates its 100th episode January 11 with both a musical number and some serious guest star action. Reality TV stars Stacy Kiebler and Tim Gunn
will appear in the episode, entitled “Girls Vs. Suits”, while The OC alum Rachel Bilson kicks off a multi-show story arc.

Keibler plays a bartender so hot that Barney (Neil Patrick Harris) debates giving up wearing suits to land her! This conflict leads to the aforementioned musical number, not to mention a run in
with suit-loving Gunn, who plays himself.

NPH tweeted of the Gunn visit, “On set. Best guest star ever! The entire cast/crew was super stoked. No one more than me.”

Meanwhile, OC cutie Bilson plays Cindy, who will be paired with Ted in a very big way.

“There is some serious Mother action in episode 100,” executive producer Craig Thomas recently told Entertainment Weekly. “It’ll be the closest Ted’s ever come to [discovering who
she is]. He’s getting a step closer every episode this season, and episode 100 [we] kind of go bananas with it.”

This and the resulting buzz insinuates that Bilson could be the infamous mother Ted is searching for, if not someone related to her, but in truth, every lady Ted courts puts him one step closer,
right?

Whether he’ll find his true love, learn a useful lesson to help his search or even have the proverbial altar in sight by the end of the arc, as he did with guest starring Scrubs alum Sarah Chalke last year, it’s sure to be a fun ride!