Ron Howard’s little red-haired girl has been up front and center lately co-starring in Terminator: Salvation and the upcoming mega-fan favorite The Twilight Saga: Eclipse playing another famous red-head, the evil vamp Victoria.

Howard likes to mix it up in her role choices as she blends blockbusters like Spider-Man 3 with classics by Shaw, Shakespeare and
Chekhov. M Knight Shyamalan cast Howard in The Village and Lady in the Water after being impressed by her stint on
Broadway as Rosalind in Shakespeare’s As You Like It. 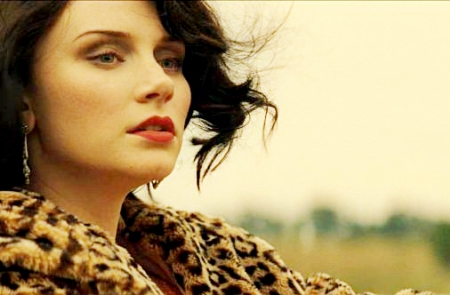 Now you can catch the talented actress playing a dark-haired, fragile yet outwardly flamboyant Southern Belle searching for someone to truly love her in The Loss of a Teardrop Diamond, a
film based upon a lost Tennessee Williams’ screenplay. In her own life, men in love with Bryce include cute actor-hubby Seth Gabel, almost two-year-old son Theodore Norman Howard Gabel and of
course, her proud dad.

SheKnows sat down with Bryce to get her take on Tennessee Williams, working with the film’s female director Jodie Markell and playing opposite gorgeous leading man Chris Evans. Also, after seeing
Howard looking resplendent in classy, rich-girl 1920’s fashions in The Loss of a Teardrop Diamond, we wanted to know how they made her feel.