As America watched the first episode of the newest installment of The Bachelor, we weren’t only watching pilot Jake Pavelka and the first rose ceremony. 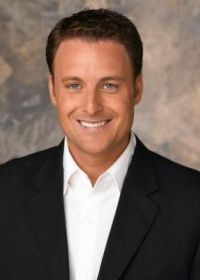 According to The Bachelor’s host, Chris Harrison, a contestant engaged in a relationship with a male
producer during the filming of the reality show.

Chris told KBIG-FM radio station in Los Angeles that it was “embarrassing for us” and mentioned “it was incredibly unfortunate. Horrible decisions were made.”

In all fairness to Pavelka and the bachelorettes, he mentioned they wanted to nip this in the bud and “take care of it. And that’s what we did.”

Although Chris didn’t reveal the identity of the producer and the contestant, he basically said it was uncomfortable when they had to talk to the contestants and inform them of the news.
Considering most of the women enter the show to get a rose, not to mention a ring in the final episode, it sounds like a tenuous situation on set. He adds, “But this was one of those [situations]
where I felt bad for everybody. It was an uncomfortable deal.”

While this off-screen relationship is new news for The
Bachelor, as each season passes viewers will likely be introduced to something new. You may recall the previous bachelor Jason Mesnick literally dumped Melissa Rycroft on air for the runner up. And bachelorette Jillian Harris’ journey was a long, bumpy one with abrupt departures, returns
and yes – multiple proposals.

As we watched the first episode and even the first ten minutes of Jake flying through the air in his airplane and riding along the California freeways on a motorcycle, chances are we’ll see a
lot more of this bachelor’s flying, not to mention dating prowess.

The Bachelor returns for 2010

The Bachelor: On the Wings of Love preview