Katy Perry and Russell Brand shocked their fans when they began dating in September 2009 after meeting at the MTV Video Music Awards, where
Katy performed and Russell hosted. Now, a short four months later, the couple plans to marry. 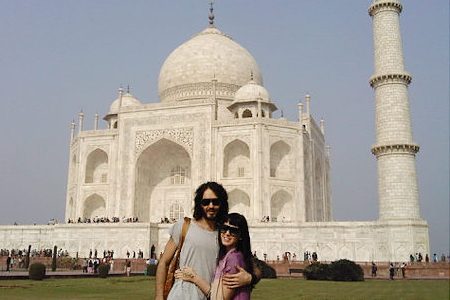 The proposal happened, according to a source, while the couple was on vacation in Jaipur, India. Brand, 34, gave the 24-year-old Perry a ring,
which she happily accepted.

On December 29, rumored to be the day Perry said yes, she posted a photo of the couple in front of the Taj Majal on Twitter with the
message, “He built this for me.”

A pal says the exotic trip “was his Christmas gift.  She told him how much she loved Indian culture while they were eating curry in England, so he surprised her.”

The Taj Mahal would be an apropos place for a proposal, as it was built as a monument to love. The palace was erected in the 17th century by Shah Jahan for his favorite wife, Mumtaz Mahal, who died
in childbirth.

Of course, the Taj Mahal was just one of the Shah’s many wives…is Russell planning ahead?

Is Katy Perry fighting with her mother?