Silvio Horta is the co-creator of Ugly Betty and exclusively speaks to SheKnows Entertainment about the show’s resurgence and the move of Ugly Betty to Wednesdays at 10 pm on ABC’s big night of comedies following hits Modern Family, The Middle and Courteney Cox’s Cougar Town. 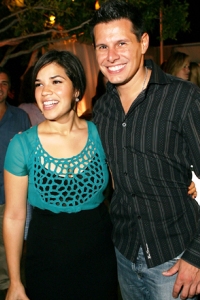 Born in Miami in 1974 to Cuban parents, Horta may be best known for adapting Yo Soy Betty La Fea for
American audiences as Ugly Betty, but his credits hardly begin and end with the America
Ferrera-starring smash.

Horta wrote the screenplay for the 1998 hit Urban Legend and in 2006 struck primetime television gold with the story of a fish out of water like US audiences have never seen. With his
co-producer Salma Hayek and a close creative staff, Horta has taken a beloved Columbian television staple and crafted a statement on fashion, love, family, life and what Ugly means anyway.

SheKnows: I wanted to start by asking about how everyone over at Ugly Betty is feeling about this exciting move to
Wednesdays?

SheKnows: It’s kind of being put together as a package evening of fun for families across the country, and for you to be included in this lot, in many ways, as a creator must make
you feel pretty good!

Silvio Horta: We have to thank ABC for this opportunity.

SheKnows: In my house, with my wife in particular turning me on to Ugly Betty, she wanted me to be sure to tell you that this season is stacking up to be on of your
best. So is there anything different heading into this year, as opposed to the last couple of years?

Silvio Horta: I think this is the first year that we weren’t tied down to major stories or major characters, or major news that we didn’t know how to get out of and that we didn’t
necessarily want to put ourselves in. Four seasons has felt like four different shows, between the writer’s strike, then, in the second and third season, we moved to New York. I think it was
incredibly difficult to get up five days a week to assemble an entire crew up there just to the point where things were jelling. Those things that weren’t exactly visible affect what comes out on
screen in different ways. This is the first year where there hasn’t been some big change where there hasn’t been a big move, where everything is really jelling. In an effort to keep focus on the
four characters, not overreach, not try to go too crazy, stocking it with a lot of regulars. Really telling stories and, going forward, not doing huge season story arcs can be frustrating to the
casual viewer, and also very frustrating if they’re not working out for whatever reason. We did the Daniel in the Cult storyline which I really liked, but a lot of people didn’t like, but it was
done! We did a ghost storyline, and that was a cool storyline, if people liked it, great, but if they didn’t like it, there’ll be something new.

SheKnows: We spoke to Vanessa Williams maybe weeks after the move to New York. Now that you’ve been there for a while, how has
being in the city that you are portraying that you are in affected you and possibly allowed you more creative freedom? 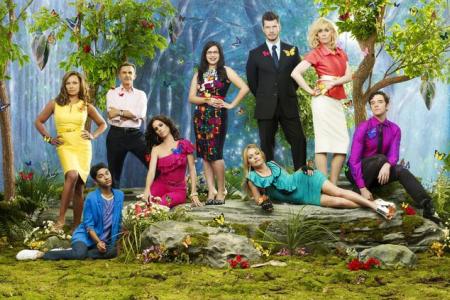 Silvio Horta: Well, the writers and the post production are still in LA, so it’s not as ideal as I would like, I wish that we could be there together. That being said, being out
there was a degree of realness, now you can feel it, you can see it. It never felt genuine. It’s not just the location, it’s the caliber of the talent, of the actors, of the great guest stars we’ve
got, the fashion. It’s the real fashion there. Patricia Field is a genius at wardrobe and runs our costume department. It’s just different.

SheKnows: Character looks evolve over a show that’s on for period of years. I was curious as to the challenges to not go overboard with Betty since frankly, the title of the show
keeps her separate from the rest of the people she’s working around.

Silvio Horta: I think if Betty didn’t have her glasses or her braces, she’s still a fish out of water. I think part of the jest of it is the way she’s perceived by the other people
around. I think, obviously, at the beginning, we exaggerated her — the Ugly Betty lady, is ugly! Over time, she does work at a fashion magazine, so I think it makes sense if she evolves.
What makes her different is what’s on this inside and the way she affects those people that are there. The title is sort of a play as well. As she [Ugly Betty] changes, it starts to refer
less to what’s on the outside and then to the way people would perceive her, regardless of what she looked like.

Ugly Betty: a television hit with justice for all

SheKnows: I wanted to ask about the incredible reception from the Latino community. Of course it started out in that community, but also it could have swung and missed with them.
I’m curious if that’s an extra special bonus with the success of the show.

Silvio Horta: It’s been great that the show has touched so many people in so many different communities: gay community, Latino community. People really see themselves as these
characters, both because they can relate to them in that way, but also it transcends color and race — people just relate to these characters, it doesn’t matter who they are.

SheKnows: The core cast seems to gel even more so each year. How, for you as the creative force behind it, has it been to witness these pros at their best? 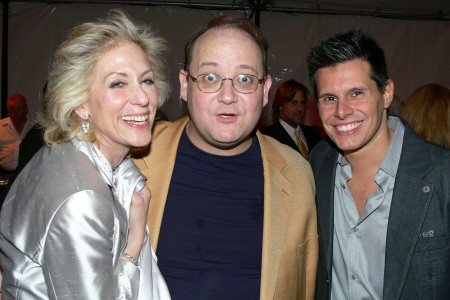 Silvio Horta: It was having done a couple of other shows, and not having had the success, or any success not having done a pilot where all the elements were there, they just, kind
of, did not come together. I knew there was something special at the get go when I first watched the pilot. I just saw something come together. The process for casting is so crazy, and you just
don’t know if you go with this person, or if you should hold off for the other person. This one just worked. From the very get-go, you had this very great, strong ensemble. They’re a great group of
people, they’re lovely and they genuinely love each other. They’re like a theater troop – they hang out together, they do everything together. I think, especially for the younger ones where
this is their first experience, they just watch the show grow. Even with the most seasoned actors, everyone is just very on top of their game. It’s a great group to watch. 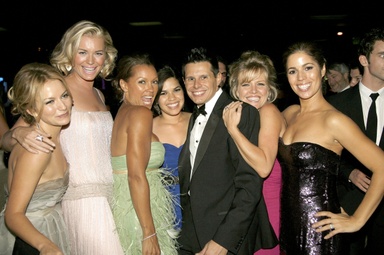 SheKnows: Thank you so much for your time and all the best for continued success.

Silvio Horta: Thanks for taking the time to talk about Ugly Betty.

Read on for more Ugly Betty

Vanessa Williams and Michael Urie give us a tour

The Top 10 TV characters of the decade starring Ugly Betty