It’s a new year which only means one thing in entertainment land: new exciting moments to look forward to! Sure, 2009 was full of Jon and Kate moments, tons of celebrity funeral news, and lots of after-math surrounding The Bachelor but here at SheKnows, we’re looking forward to several must-see TV moments. 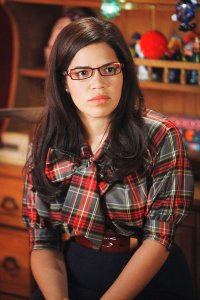 Okay, this last one is too big to predict one moment from one show. When it comes to primetime, we have our A-game on. Rest assured when it comes time for Emmy Awards next September, some of our fave actors and actresses will be praised and awarded for their impeccable ability to create stellar television shows.

Ugly Betty moves to its new night January 6, House revives January 11, Desperate Housewives, Brothers and Sisters both return January 10 and Nurse Jackie’s next season is listed as “to be determined 2010.”

What more needs to be said about this American icon when it returns January 12 to take over America’s TV screens!

Let’s face it, on February 7 most of us will so not be watching football. What we will be watching, however, will be the half-time show starring The Who. You may recall previous years included the national anthem by Jennifer Hudson and performances by Aerosmith, Britney Spears, and the infamous Justin Timberlake-Janet Jackson wardrobe malfunction. Odds are we’ll break away from the bean dip to watch commercials, too which apparently cost each company two to three million bucks a spot.

As the past few months were shaken up by the alleged blackmail attempt and David Letterman’s admission to “transgressions,” last year proved to be quote a move when Conan took over the late show and Jay Leno was moved to an earlier time slot. Rest assured, there will be a lot of moments to watch, including checking out other shows and DVR’ing them to see what we miss most is usually on too late like one of our faves, Carson Daly. 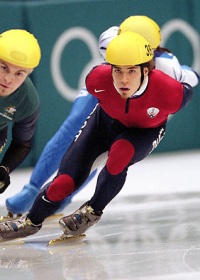 It’s hard to believe but the winter Olympics in Vancouver, Canada are literally only six weeks away. As all nations root for their home country, rest assured we’ll be watching NBC and cheering on the latest up and coming athletes in ice skating, bobsledding and ice hockey.

As Seattle Grace’s newest resident is taking up a permanent role, actress Kim Raver, formerly of Lipstick Jungle, will create quite a love triangle since she’s already professed her feelings for Owen (played by Kevin McKidd). Her regular appearances will cause a star between Owen and Christina (played by Sandra Oh).

As much as their privacy was invaded and their divorce got ugly, most SheKnows readers will nod in agreement: we’re on Team Kate. As her show dissolved, lucky for us we hear the reality mom is shooting a new television show. It was previously tentatively called Mom Logic and is being shopped around…fingers cross we’ll see the reality mom sans Jon. 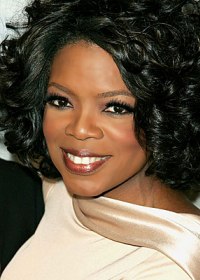 This one’s a no-brainer. Oprah is the go-to-gal in terms of must-see interviews ranging from the ’09 interviews of Sarah Palin and Erin Andrews, the ESPN reporter who was unfortunately maliciously filmed by a pervert.

As Oprah Winfrey’s talk show winds down in 2011, viewers can expect a lot the next two years. First up: we’re anticipating the first sit down with Tiger Woods sometime in 2010.

As Jake Pavelka takes the throne on the 14th edition of ABC’s The Bachelor, one can only wonder if his decision at the end of the very final rose ceremony will be just that: the final rose. Will he dump a bachelorette on air post-filming? We’ll all have to watch, that’s for sure.

Don’t miss our The Bachelor preview for the January 4 premiere on ABC.

We also need to see if Kanye West somehow redeems himself from the major diss of Taylor Swift at the MTV Video Music Awards this past fall. You may recall as Taylor was in the middle of her acceptance speech he completely took the microphone from her and gave props to Beyonce who was downright shocked as well. Beyonce was gracious and later let Swift take the stage again to finish her speech but chances are, all eyes will be on Mr West.

Up next…two shows that passionate followers are drooling over their return — Lost and 24!