With the kids and even some of us adults set free for winter vacation, it was another big week at the movies and Avatar maintained its number one spot, while breaking two more records.

Even more impressive, with only 17 days in theaters, Avatar brought in $1.02 billion in international ticket sales, shooting up to the
fourth highest box office movie of all time (see chart below). Avatar does get an advantage with the higher 3-D and Imax price tags,
but give the flick a few more days and it’s set to beat out Cameron’s other infamous hit, Titanic, which is currently the biggest selling movie of all time.

Meanwhile, Sandra Bullock was named the top box-office draw of 2009, according to a survey by Quigley Publishing Co. She
brought in over $500 million with The Blind Side and The
Proposal, plus a measly $34 million for All about Steve, making her the new fave of theater owners and executives. She beat
out Johnny Depp, Matt Damon, George Clooney and Robert Downey Jr (they rank in that order, respectively), making her the first woman since Julia Roberts to earn it.

The Blind Side is still maintaining its place in the top five, coming in at number five, and the top ten list is pretty much the same
as last week. Sherlock Holmes is still number 2, with Alvin and the Chipmunks: The Squeakquel taking third and It’s
Complicated taking fourth. The only switch is Did You Hear About the Morgans? moving up from eight to nine, and pushing Nine back to ninth place. 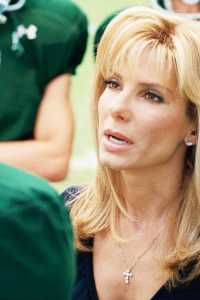 5 highest-earning movies of all time

In case you were curious how Avatar stacks up against Cameron’s box-office leader Titanic and others, check out the 5 highest-earning movies of all time!

Avatar is a gamble, has it paid off?

Celebrities at the London premiere of Avatar