The Bachelor premieres January 4 and we are all wondering: Who is this charming pilot bachelor? Also, will there be any ripple effects from last season’s dumping of Melissa Rycroft during The Bachelor’s season finale. 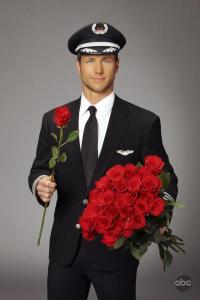 You may recall Jason Mesnick, last season’s The Bachelor, gave Rycroft the final rose over the runner-up, Molly Malaney. Jason proposed, Melissa said
yes and all was right with the world. However, during the follow up show, After the Final Rose (Part One), taped six weeks after the season finale, Jason indicated he was breaking up with Molly!
The travesty.

He indicated he was still in love with Malaney. As fans everywhere seemed to side with Team Melissa, she began Tye Strickland, a man with whom she had an on again, off again relationship for two
years.

They recently got hitched and Melissa has since appeared on Dancing With the Stars and was named a
special contributor to Good Morning America this past summer. As for the former bachelor, when Jason and Molly were vacationing in New
Zealand in October, he proposed and she accepted the ring and in this case, it truly was the final rose.

Drama aside, loyal viewers of The Bachelor may be wondering what is in store this season! First up, let’s meet the man. Jake Pavelka is thirty-one years old and grew up in Denton,
Texas. He attended the University of North Texas and Embry Engineering University for Aerospace Science. This man is an accomplished pilot and became an airline captain flight instructor at
twenty-three. This is not new news, technically since Jake shared a date with Jillian Harris on The Bachelorette. He was a fan favorite as an honest guy with an open heart.

Now, it’s time for this man to start breaking some hearts. He’s looking for a “best friend and soul mate.” Since his two brothers are married and his parents have enjoyed a
long, happy marriage, he is looking for the same. All we know is it all begins with 25 bachelorettes and yes, ultimately 24 departures as the 14th edition of The Bachelor airs January
4 on ABC.

Stay with Reality TV Magazine through The Bachelor’s 2010 season

The Bachelor’s Melissa Rycroft gets married