Johnny Depp, Jude Law and Colin Farrell stepped in to save Heath Ledger’s final movie, The Imaginarium of Doctor Parnassus!

With The Imaginarium of Doctor Parnassus arriving in theaters January 8, stars Depp and Law talk about stepping in to save Heath Ledger’s last film. “Maestro [Terry] Gilliam has made a sublime film,” Depp raved.
“Wonderfully enchanting and beautiful, The Imaginarium Of Doctor Parnassus is a uniquely ingenious, captivating creation; by turns wild, thrilling and hilarious in all its crazed,
dilapidated majesty. Pure Gilliam magic!!!” 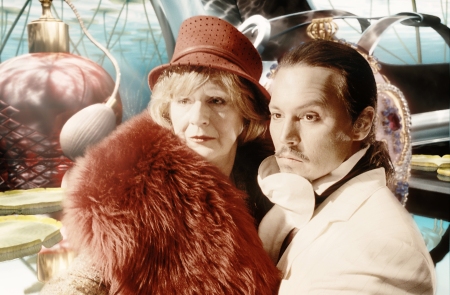 The fantasy follows a travelling theatre troupe that’s led by the immortal Doctor Parnassus (Christopher Plummer), who is a thousand years old. Thanks to a deal with the devil (Tom Waits), the
doctor has a magical mirror that lets the troupe guide it’s audiences into other realities, but things take a turn when the devil calls in his debt and our hero Tony must lead the troupe into
parallel worlds to save the doctor’s daughter, Valentina (Lily Cole).

Unfortunately, no deal with the devil could save the man who played Tony. Heath Ledger died a third of the way through production back in
January 2008, leaving the film unfinished. 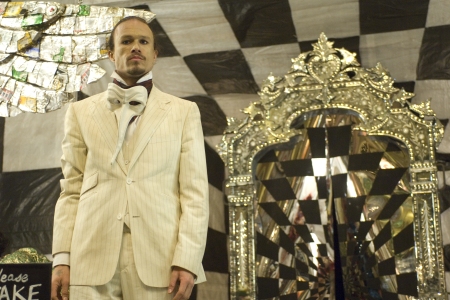 Instead of throwing away his final work, however, the filmmakers played on the fantasy elements of the story to keep Ledger’s portrayal of
Tony, while also adding Depp, Law and Farrell to play three physically transformed versions of the same character as the troupe travels
through different dream worlds.

“Though the circumstances of my involvement are extremely heart-rending and unbelievably sad, I feel privileged to have been asked aboard to stand in on behalf of dear Heath,” Depp related. “He was
the only player out there breathing heavy down the back of every established actors neck with a thundering and ungovernable talent that came up on you quick, hissing rather mischievously with that
cheeky grin, ‘Hey… get on out of my way boys, I’m coming through…’ and does he ever!!!

“Heath is a marvel, Christopher Plummer beyond anything he’s ever done, Waits as the Devil is a God, Lily Cole and Andrew Garfield (Anton), the very foundation, are spectacular, Verne Troyer
(Percy) simply kicks ass and as for my other cohorts, Colin Farrell and Jude Law, they most certainly did Master Ledger very proud. I salute them.”

Jude Law is equally as deferential to the team behind the project, not to mention its fallen star. 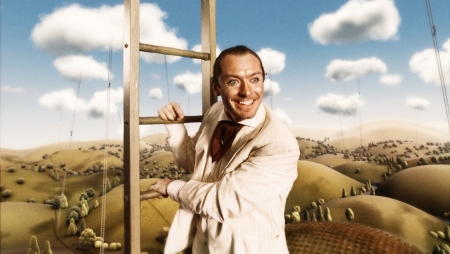 “I have always loved Terry Gilliam’s films,” Law says. “Their heart, their soul, their mind, always inventive, touching, funny and relevant. When I got the call, it was a double tug. I liked Heath
very much as a man and admired him as an actor. To help finish his final piece of work was a tribute I felt compelled to make. To help Terry finish his film was an honor paid to a man I adore. I
had a great time on the job. Though we were all there in remembrance, Heath’s heart pushed us with great lightness to the finish.”

The film is in selected theaters now and goes nationwide January 8. Check local listings and check out the trailer, below:

The Imaginarium of Doctor Parnassus trailer

Read on for more johnny depp