As David Letterman made headlines this fall for transgressions and Jay Leno’s new show still flounders — an all-time favorite staple of late night one can always count on is Carson Daly. 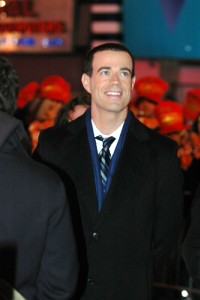 SheKnows
caught up with Daly on the floor of the New York Stock Exchange for an exclusive interview as he rang the closing bell.

SheKnows: What can viewers expect this year from your awesome New Year’s Eve special?

Carson Daly: Green Day, Rihanna, Jay-Z for music, myself, a giant
Waterford crystal ball that drops that weighs about 2,000 pounds, the mayor, hopefully and various celebrity guests stopping by.

SheKnows: Can you give us any hints?

Carson Daly: (Laughs) No, we don’t know, some guests will stop by. It could be the Yankees, it could just be people in the area.

Carson Daly: I had my son; my first kid was born in March of ’09 so I’m going to resolve to continue to be a good father. That’s my new year’s resolution and get
a little more sleep than I did in ’09.

SheKnows: What can we expect from your show in the upcoming year?

Carson Daly: We changed formats on the late night show (Last Call with Carson Daly airs on NBC at 1:35 am ET) and we’re looking a little different than the other
traditional late night shows. It’s working out really well for us and viewers are taking notice.

SheKnows: Are there a few guests that you haven’t had on the show yet that really want?

Carson Daly: We try to be a platform of new artists and bands and people who are trying to break so we’ve done a good job of that. I’d love to have U2 on the show. I’m a big fan of Muse, a rock band.

SheKnows: Looking back at 2009 have there been a few breakout artists who really stand out in your mind?

Carson Daly: There are a couple: Kid Cudi’s a young guy who made his debut on my show and he went on to have a great year. He has a bright future, a young guy. Kings of Leon
is a rock band that’s been around for a long time and I think they can become America’s biggest rock band. 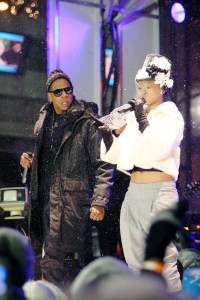 SheKnows: Are there any particular movies from this year that stick out in your mind?

Carson Daly: With Jackson being born I haven’t seen too many flicks though I did see Up in the Air and really
liked it a lot. I loved it.

SheKnows: Do you think George will win an Oscar?

SheKnows: Switching gears, what’s the best advice you’ve ever been given and who gave it to you?

Carson Daly: Probably my mom. She’s given me a lot of advice but “never forget where you come from” is always good advice. I was a bartender…through all of
this TV and all of this stuff, it’s nice but I’ve never forgotten where I’ve come from and that’s helped my career in good stead.

SheKnows: Where do you see yourself five years from now?

SheKnows: Is there anything about NYC this time of year that rings special for you besides New Year’s Eve?

Carson Daly: Everything, I lived here for ten years. I’ve been here during the holidays, it’s great and I love seeing snow. I live on the beach now in California
it’s extra special to come here. I love New Yorkers. I am a Yankees fan so I miss the Yankees.

Read on for more New Year’s

Top 10 movies to look for in the New Year

The Daily Dish gives you the perfect New Year’s cocktail