Rush Limbaugh, the conservative talk show host, is currently resting comfortably in a hospital in Hawaii after enduring chest pains while on vacation. 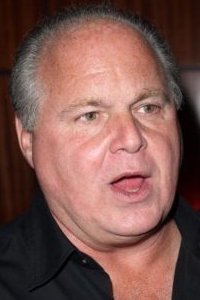 According to a statement in his radio
program, “Rush appreciates your prayers and well wishes and will keep you updated via rushlimbaugh.com and on his radio program.”

Here’s the scoop: Limbaugh was rushed for medical treatment yesterday when paramedics took him to The Queen’s Medical Center from the Kahala Hotel and Resort.

The 58 year-old host left for his typical Christmas vacation on December 23 and is scheduled to return to his show on January 4. It’s unclear as to whether or not the schedule will change in
light of the health scare. Odd he’s vacationing so close to President Obama!

You may recall Limbaugh’s other health issues which surfaced into the headlines. Back in 2001 the radio host lost most of his hearing due to an autoimmune inner-ear disease. Essentially, he
had surgery which placed an electronic device in his skull in order to restore his hearing.

Merely two years later he admitted to being addicted to pain medicine. As a result of experiencing severe back pain, Limbaugh indicated he was indicated to meds. He took five weeks off from his
radio show to enter rehab.

Although everyone may not agree with the right wing conservative and when he got involved in a feud with the White House, the Chief of Staff
has described him as “the voice and the intellectual force and the energy behind the Republican Party.” Limbaugh mentioned that he hoped President Obama “failed.” Ever since the
feud, his typical audience of 14 million literally doubled to 25 million but that is questionable as to who is listening to him: Democrats and independents are not typically fans whereas
Republicans are big fans.