Tiger Woods celebrated his 34th birthday along with famous pitcher Sandy Koufax, but the question remains: Where is he? 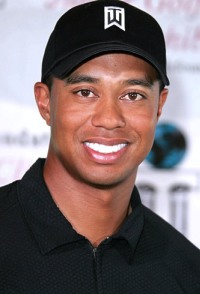 Right before the holidays and unfortunate
news of Brittany Murphy’s untimely passing, we couldn’t escape the Woods headlines. As for now? Not so much. We hear that Woods was
cruising on the waters of Bahamas in his yacht, notably named Privacy.

Since the yacht has been spotted docked in Florida, the question remains where is the most visible golfer in the world? Is he in hiding?

Over a month ago you’ll recall his “transgressions” started unraveling on Thanksgiving night when he crashed his car and his wife, Elin, smashed the window with his golf clubs. As
the scandals, as well as mistresses, began to emerge and make headlines, questions about his whereabouts remain.

As for his wife, Elin Nordegren? Apparently she is in Sweden at the moment with their kids during the holiday season. In the meantime, Rachel Uchitel, one of his supposed mistresses, has been
partying it up in Florida.

During the holidays as Woods is MIA, apparently so are some of his sponsors. Nike, Gatorade and EA Sports have supposedly endured big losses
from the Woods’ transgressions. Even worse, the management consulting firm, Accenture, has dropped him altogether. Companies like
Gillette and Tag Heuer have dramatically reduced their business with the super star. No doubt, it will be interesting to see in the new year how Tiger emerges from the scandal, as well as his
sponsors.