Family films scored high marks in 2009 and SheKnows takes a look at the Top 10 of the year. This year’s family films range in style from high tech 3-D to old school animation. We’ll also let you know whether the film is still in theaters, coming soon or is currently on home video. 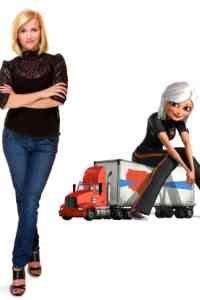 Monsters vs Aliens, the computer-animated 3-D hit, was this year’s fifth highest-grossing IMAX debut and stars Reese Witherspoon
as Susan Murphy, a normal Southern California girl who’s hit by a meteor from outer space and grows to 50-feet tall.

Renamed Ginormica, she is sent to a top secret alien prison run by General WR Monger (Kiefer Sutherland) and then, with aliens invading,
joins a host of monster friends to save the planet.

Night at the Museum: Battle for the Smithsonian

Ben Stiller once again wrestles with extinct beasts, historical figures and meddling monkeys in this sequel to the popular 2006
special-effects extravaganza. This time, the ancient Egyptian tablet that brings the exhibits at New York’s Museum of Natural History to life at night is being shipped off to the Smithsonian in
Washington, DC.

Naturally, former museum guard Larry Daley (Stiller) heads down to rescue it — and, by extension, keep his magical museum friends alive! The old gang is back for the ride, including Owen Wilson,
Steve Coogan, and Robin Williams, but Larry also meets a nasty pharaoh (Hank Azaria) and Ivan the Terrible (Christopher Guest), while falling in love with Amelia Earhart (Amy Adams). There aren’t many surprises, but Battle of the Smithsonian is cheerful enough to entertain everyone who enjoyed the first movie.

Cloudy with a Chance of Meatballs

This Phil Lord and Christopher Miller flick is not your typical animated fare, making it a hit at the box office.

The beloved children’s book comes to life as inventor Flint Lockwood (SNL’s Bill Hader) efforts to create something that the world will remember, while Sam Sparks (Anna Faris),
a young enthusiastic intern at the Weather News Network, dumbs herself down to find her own big break. 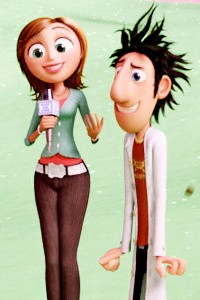 The
magic of Cloudy with a Chance of Meatballs, best seen in 3-D, happens on an island that made its living on selling
sardines…until the world discovers that “sardines are gross,” sending the island into a depression. As giant pancakes and pasta fall from the sky, a host of SNL voices, James Caan,
Neil Patrick Harris, Mr T and other stars keep you giggling.

Harry Potter and the Half-Blood Prince

Voldemort is closing in on both the wizard and Muggle worlds and as his Death Eaters spread terror in London and at home, not even Hogwarts is safe in Harry Potter and the Half-Blood Prince!

With the help of Dumbledore and social-climbing, egotistical Horace Slughorn, Harry prepares for his final battle with the Dark Lord, but he and his teen pals Hermione, Ron and Ginny are also
facing a new foe — their hormones!

Fans of the novel should be pleased with the film and those who’ve skipped the Harry Potter books should have less trouble than usual keeping track of the story and coming along for the
ride as the Hogwart Express starts steaming at full speed toward the end of the line.

Maurice Sendak’s children’s book won our hearts when we were children, but the Spike Jonze movie version of Where the Wild Things
Are took the classic story to a whole new level. While Jonze’s imagination turned out a magical journey with a wild rumpus and even wilder costumes, the film delved into the deep world of
family dynamics.

Starring Max Records, Catherine Keener and Mark Ruffalo and featuring the voices of James Gandolfini, Paul Dano, Lauren Ambrose and Forest Whitaker, this beautifully melancholic tale introduced us
to a cast of characters that made us laugh and even cry. With the ultimate the lesson that we’re all just human, it was a touching opus to moms, parents and rulers everywhere.

See it: Still in some theaters…rumors have it due on home video in March.