A New Year means new movies, so here’s a look at 10 Hollywood offerings to watch for and enjoy. SheKnows Entertainment also gives you a list of contenders that may surprise us in 2010.

Robin Hood gets fierce, thanks to Ridley Scott, the man who brought us Alien, Blade Runner and Gladiator. 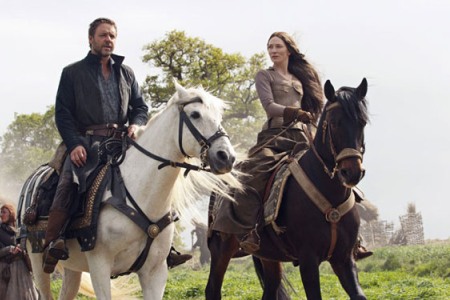 Starring Russell Crowe and Cate Blanchett, Robin Hood promises to give audiences a whole new vision of the infamous hero who steals from the rich to save the poor.

This 3D high-tech follow up to the 1982 sensation Tron has been shrouded in secrecy by Disney, but buzz is that the action in this updated cyber-universe will blow fans away.

The Tron 2: Legacy story follows techy Sam Flynn (Garrett Hedlund) as he jumps into the digital world of Tron to find out what happened to his father, Kevin (Jeff Bridges), 25
years ago (when the original Tron amazed millions).

Turns out, dear old dad has been fighting to survive, and now, father and son have to work together not only to survive, but escape. Olivia Wilde also stars.

America’s most romantic holiday gets a new comedy this year, and we at SheKnows have our fingers crossed. 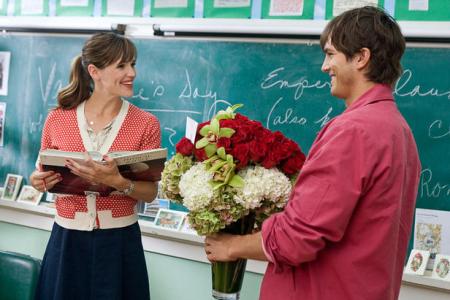 Shutter Island is the latest collaboration of Martin Scorsese and Leonardo DiCaprio. DiCaprio and Mark Ruffalo set
out to find a missing patient at a mental hospital for the dangerously insane, only to become trapped there themselves. Ben Kingsley and Max von Sydow work at the hospital, while Michelle Williams
plays DiCaprio’s wife.

With the tagline “Your Mind is the Scene of the Crime,” this Christopher Nolan (Momento, Batman Begins, The Dark Knight) sci-fi thriller is another upcoming flick that’s
managed to keep its story top secret. 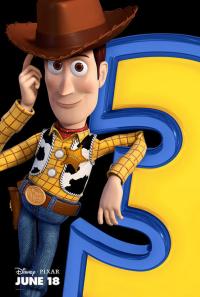 With Leonardo DiCaprio at the helm, it promises summer blockbuster fun. He stars as a corporate suit who can get into your dreams to implant or extract
info, along with the help of his costars Ellen Page, Tom Hardy and Joseph Gordon Levitt. Ken Watanabe, Michael Caine and Cotillard also star.

Tom Hanks, Tim Allen and all our favorite toys are back for another adventure.

In this installment, a college-bound Andy (John Borris) donates Woody, Buzz Lightyear, Mr. and Mrs. Potato Head (Don Rickles and Estelle Harris), Ham (John Ratzenberger), Jessie the Yodeling
Cowgirl (Joan Cusack) and his other toys to a daycare center. With the tagline “No toy left behind,” the Disney Pixar animation directed by Lee
Unkrich promises to be a 3-D extravaganza with tons of laughs.

Up next…the top 5 — including a Twilight sequel, a Sex and the City sequel, and Alice in Wonderland as you never seen her before!