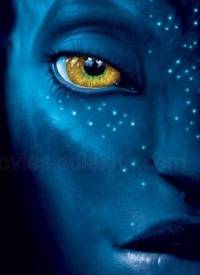 During the holiday
weekend, if receipts are any indication, Americans across the country ran to catch various juggernauts on the big screen. Avatar would be one of them. James Cameron’s 3D flick led the pack as total
revenues. Thus far, Avatar has earned an estimated $280 million globally already. Avatar’s international $260 million box office earnings topped the previous record
holder, The Dark Knight in July 2008.

In addition, the holiday weekend at the box office smashed another record since domestic ticket sales for 2009 surpassed the $10 billion mark (yes, as in billions) for the first time in history.
Attendance in movie theaters is up more than five percent in the past.

As for other flicks, Sherlock Holmes came in second place and opened to $65.4 million as Robert Downey, Jr and Jude Law broke a record as the top opening for a Christmas weekend. As for
the record they surpassed? Meet the Fockers at $46.2 million a few years ago.

As for the chick flick, Meryl Streep’s It’s Complicated came in numero four and grossed $22.1 million.

Not to be overlooked of course is George Clooney’s film, Up in the Air as well as the musical Nine. Surprisingly, despite its hype, the film starring Daniel Day-Lewis,
Nicole Kidman, Penelope Cruz, and Kate Hudson, came in ninth.

Anna Kendrick exclusive: Up in the Air

Behind The Princess and the Frog