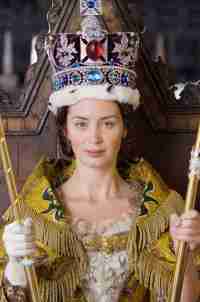 Jean-Marc
Vallee’s film begins with Victoria as a small girl playing alone through the halls of Kensington Palace, unable to go anywhere outside of her room without an escort. The Young
Victoria is the only true heir to the throne and her handlers, including her mother, keep her away from even her own royal family for “her protection.”

Witnessing Blunt bring Victoria from a keenly aware of her future girl, to a woman who would become the regal world’s longest-ruling
monarch is astonishing.

The Young Victoria may be Blunt’s film, but it is at its heart, a love story. Albert and Victoria’s love affair spanned decades and when he was cut down by typhoid at 42, Queen
Victoria would wear black mourning him until she died at 81-years-old.

When it comes to understanding the nuances of royalty, there could no better asset to a film production that a Duchess. Sarah Ferguson serves as producer of the film and her handprints are all over
what makes The Young Victoria ring true with each progressing frame.

Sure, Blunt is a revelation as Queen Victoria, but the film’s supporting cast performance is what also guarantees audiences the thrill of a British period piece that also serves as a master
class of UK acting’s stellar talent.

As King William, the man who would enthrone his kingdom to Victoria, Jim Broadbent is merely on the screen for a total of minutes, but his weight is felt throughout. The scene-stealer of Harry
Potter and the Goblet of Fire, Miranda Richardson, is Victoria’s mother Duchess of Kent. Richardson, although incredibly familiar to international audiences, completely loses herself in
her role as the royal modeler with questionable intentions. 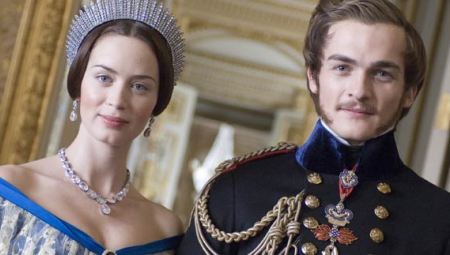 Mark Strong exploded on the screen in Ridley Scott’s Body of Lies and his performance in The Young Victoria as Richardson’s controlling advisor proves this strong
screen presence is a force of nature here to stay.

Then, there’s the mysterious characterization of Lord Melbourne as played by Paul Bettany. The actor is almost unrecognizable as the man who guides Victoria to rule, yet always seems to have
his own interest closest to his heart.

Rupert Friend, above all of Blunt’s supporting cast, allows the actress to blossom into a bonafide movie star in The Young Victoria. His subtle portrayal of Albert is a moment to
treasure. Much as James McAvoy announced his powerful presence in Atonement, Friend is the perfect supporting player to the film’s star-making moment. Blunt may be the queen of the
film, but without Friend as her prince The Young Victoria would fail to have its anchor. 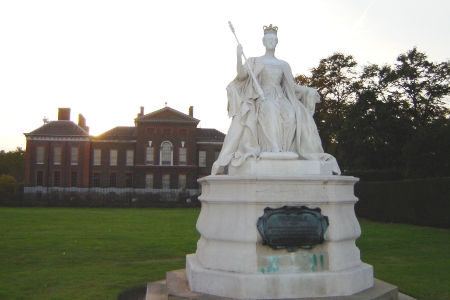 The Young Victoria arrived in US theaters on December 25 and is an absolute gift for the ages on many levels. On its own, the film is one of the year’s best. Blunt’s Victoria
is a performance worth of Oscar consideration. The supporting cast brings their A-game and compliments their film’s star by truly lifting Blunt’s Victoria to not only rule her
true-story kingdom on screen, but also an acting ensemble, allow her to find the thespian true talent to capture the almost-otherworldly icon of British history.

Sarah Ferguson, The Duchess, speaks about producing The Young Victoria

Stars react to their Golden Globe nominations including Emily Blunt!