Charlie Sheen was arrested on charges of domestic violence in Aspen on Christmas Day. 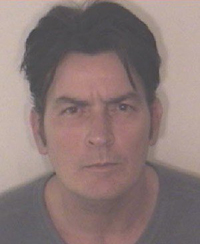 The Two and a Half Men
actor was arrested in the ritzy Colorado town on charges of felony second degree assault, felony menacing and criminal mischief. Although police are remaining mum on who is the accuser, sources say
the alleged victim is Sheen’s wife, Brooke Mueller.

However, those same sources say it’s not so clear who started it. In fact, peeps are saying when cops responded to Brooke’s 911 call, Sheen told them she was the aggressor and he was trying to fend
her off.

Sheen’s publicist Stan Rosenfield said, “Do not be mislead by appearance. Appearance and reality can be as different as night and day. It would benefit everyone not to jump to any conclusion.”

In fact, law enforcement sources say Brooke was drunk when she called 911 — in fact, her blood alcohol level was 0.13, nearly twice the legal limit.  Brooke also recanted her story before
Charlie’s bail hearing, but police are still pursuing the case for now.

The actor has been released from the Pitkin County Jail on an $85,000 bond.

Charlie Sheen earns a SAG nomination, who else is nominated?