With Simon Cowell’s contract up with American Idol at the end of 2010, his big brother Tony has dropped a bombshell: He’s not going to sign! 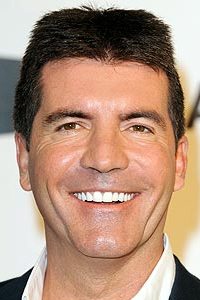 “A press statement is
being prepared, which will confirm what everyone expected: Simon will leave Idol at the end of 2010 to concentrate on bringing the American version of X Factor to U.S. TV in
2011,” Tony Cowell reveals in his recent The Cowell Factor podcast.

While many websites are reporting the news to be true, neither Simon Cowell nor Fox TV is commenting, so it’s anyone’s guess what will really happen — and everyone is starting to weigh in with
those guesses!

The X Factor is a British hit reality show in which aspiring pop singers and performers compete to prove they have the “It” factor — sound familiar?

Cowell serves as judge and mentor in the UK, while the format he created has already made its way to several other countries. There’s even a version for the Arab world!

Reports surfaced as early as this summer that Cowell would bring X Factor to NBC once his contract with Idol expires in 2010. There was even chatter that Paula Abdul would step in as a judge on the new US version of the show and now there’s speculation that Cowell might work out a deal to do both
American Idol and X Factor.

Meanwhile, with Ellen DeGeneres signed onto replace Paula Abdul on Idol, there’s chatter about who can possibly replace Simon if he does leave Idol. Clearly, Paula wouldn’t
bring the same gruff criticism, but she might be up for a return if Simon’s out of the picture! Then again, with Kara DioGuardi and Randy Jackson still on board, American Idol
could just return to its original three judge format…

Either way, most critics agree its bad news for Idol if X Factor comes to America and even worse news if they lose Simon. We’ll keep you posted as the story unfolds.

In the meantime, Idol is set to return for another season January 12 with a two-night, four-hour premiere. DeGeneres won’t take her seat at the judges’ table until February, but fans can expect a
round of guest judges to stand in, including Victoria Beckham, Mary J Blige, Kristin Chenoweth, Neil Patrick Harris, Joe Jonas, Avril Lavigne, Katy Perry and Shania Twain.

Where did Simon Cowell spend Christmas 2008?