Brittany Murphy will be laid to rest at Forest Lawn Memorial Park in a private service on December 24. 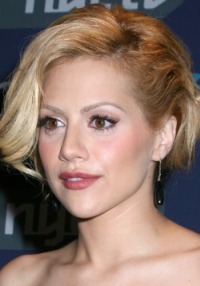 While there’s been chatter of a more
public memorial in the New Year, the December 24 burial service will be a private, family affair and there are security guards onsite to keep it that way. Word is, however, Murphy’s estranged father won’t be attending.

Murphy’s death has been all over the news since she passed at only 32-years-old on Sunday. The cause of death as pronounced a heart attack and
there are reports she also suffered internal bleeding before her untimely passing, but speculation continues.

While there’s talk of anorexia and a plethora of prescription pills in her home, her widower Simon Monjack has been quite verbal in denying
allegations of an underlying eating disorder or prescription drug overdose. It could take up to six weeks before toxicology reports come in.

SheKnows again sends out condolences to Murphy’s family. May she rest in peace.

The must see movies of Brittany Murphy